Donald Trump and the hazards of executive-centered partisanship

By Sidney Milkis and Nicholas Jacobs

Eight months into his presidency, most depict the Trump administration as being mired in chaos and frenzy. Such a perspective, however, overlooks the aggressive pursuit of Trump’s campaign agenda through unilateral administrative action. Far from “deconstructing the administrative state” as promised, Trump has embraced the levers of presidential discretion and power inherent within the modern executive office. Although Trump cannot lay claim to any major legislative achievement early in his presidency, we argue that there is plenty he can take credit—or blame—for in fulfilling his campaign promises. Moreover, far from using administrative power to simply roll back his predecessor’s programmatic goals, the new president has sought to redeploy state resources in ways that will further entrench traditional commitments of the Republican Party, while simultaneously redefining them to mirror the president’s personal policy objectives. This is not a new development. Rather it is the culmination of a decades-long reorientation within both major parties: the rise of an executive-centered party system.

As such, Trump—despite his seeming idiosyncrasies—might further reinforce the centrality of executive actions as a way to overcome both parties’ institutional weakness and ideological polarization.

The Personal, Partisan, and Administrative Presidency

Accepting the Republican nomination in July 2016, Donald J. Trump depicted a once proud nation in a spiral of decline, bereft of leadership capable of guiding the country back to its former greatness. Standing before a rapturous assembly of delegates in Cleveland—many of them first time attendees to a national convention—Trump described America as a place plagued by “poverty and violence at home, war and destruction abroad.” A former Democrat who left the Republican Party as recently as 2011, there Trump stood, pledging to the American people that, “I am your voice.” The then-sitting president, Barack Obama, told the nation that the complexity of problems facing America required an experienced and steady hand. Proclaiming that he did not think “there’s ever been someone so qualified to hold this office,” Obama pleaded with Americans to place their faith in the former First Lady, Senator from New York, and Secretary of State, Hillary Clinton. He argued that the country should dismiss the grandiose promises and despondent narratives from a man who had never held elected office. Trump’s retort was that only an outsider who had long jousted with the “establishment” could truly reform a “rigged system.” “Nobody knows the system better than me,” Trump claimed, “which is why I alone can fix it.”

Eight months into Trump’s presidency, such braggadocio had become the stuff of ridicule by scholars, pundits, and detractors on both sides of the partisan divide. Trump has failed to translate any of his promises into legislation: Obamacare is still the law of the land; there is no “big, beautiful” wall on the border with Mexico; a unified Republican Congress has yet to pass tax reform; and as we write, Trump has the lowest public approval ratings for a president’s first year in modern history. At first glance, it seems that never has there been such dramatic validation of Theodore Lowi’s refrain that the modern presidency is trapped in an intractable dynamic of “Power Invested” and “Promise Unfulfilled.” Like a billionaire real estate mogul with money to burn, the American people just keep looking to the executive office for resolution. And despite “huge” assertions, little is built beyond a house full of smoke and mirrors. 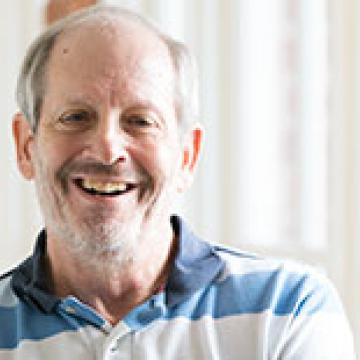