Read the full version of this article in the New York Daily News.

“Lordy, I hope there are tapes.”

When ousted FBI director James Comey uttered his quasi-prayer during sworn testimony before the Senate Intelligence Committee and the screen-gripped world, he spoke for more than himself. If President Trump really did secretly record his conversations with (and about) Comey, those tapes will reveal which man is telling the truth — and confirm whether Trump attempted to obstruct an FBI investigation. That makes the recordings, if they exist, important to everyone who values the rule of law in America.

“If there are tapes,” Comey told the committee, “it’s not just my word against his on the direction to get rid of the Flynn investigation.”

Comey’s word is this: At the end of an Oval Office meeting on Feb. 14, Trump asked everyone to leave the room except Comey. Once they were alone, the President said, “I want to talk about Mike Flynn.” The national security adviser had been forced to resign the day before, allegedly for making misleading statements about his contacts with Russia. Flynn was under investigation by the FBI. According to Comey, the President said, “I hope you can see your way clear to letting this go, to letting Flynn go.”

“I took it as a direction,” Comey told senators. “I took it as, this is what he wants me to do.” Although Comey declined to offer a legal opinion regarding whether this means Trump is guilty of obstructing justice, he did answer a hypothetical question about how a President could commit that crime if he wanted to: simply by directing that someone not be investigated.

Comey didn’t connect the dots between the hypothetical question and actual recent events — but neither did he make it difficult for anyone else to do so.

Comey appeared happy to leave it to special counsel Robert Mueller to determine whether Trump committed a crime, but Congress has a responsibility, too. Obstruction of justice is an impeachable offense, and the impeachment and conviction of a President are the sole responsibilities, respectively, of the House and the Senate.

Some are understandably disturbed at how quickly impeachment has become a live issue. They note, for example, that more than two years passed between the Watergate break-in in June 1972 and President Richard Nixon’s resignation in August of 1974.

For the first 11 months of the Watergate investigation, however, there was no public indication that the President had taken any part in a cover-up. That all changed in May of 1973, when deputy CIA director Vernon A. Walters testified that the White House had asked the CIA to turn off the FBI investigation. Up to that point, there had been virtually no talk of impeaching the President. 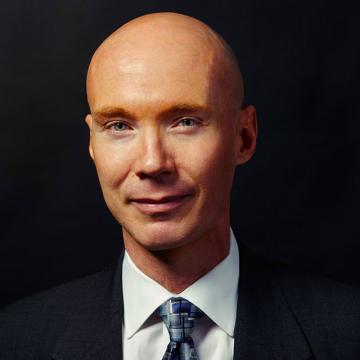