The danger of domestic terrorism

The danger of domestic terrorism

Private militias can be countered with legal action

This article was originally published on the Lawfare blog

The Charlottesville tragedy came close to home for me because I teach at the University of Virginia and because it signaled the reappearance of a threat I had encountered before: the rise of well-armed private militia groups.  For those close to the action, including the law enforcement personnel on duty, hardly any aspect of the Charlottesville confrontation was more menacing than the appearance of organized, often uniformed, private bands of men in military getups, openly brandishing assault rifles and other long guns.

This is an ominous development, but it is not a new one. And it can be—and has been—countered with legal action. I took part in that work.

In 1981 an organization called the Knights of the Ku Klux Klan organized and trained paramilitary groups to harass Vietnamese-American fishermen on the Texas Gulf coast. They, too, wore Army-surplus-style clothes and gear, not white sheets. Working with Morris Dees and the Southern Poverty Law Center, David Berg and I represented the fishermen in a federal lawsuit against the Klan. We invoked a Texas law more than a century old that banned “military companies” other than those authorized by the governor. There are similar laws in most states, including Virginia.

We asked the judge to shut down the Klan’s paramilitary activities.  Since this law had never been interpreted, we developed a legal standard to define the barred activity—a guideline that would distinguish scouts, hunters and Civil Air Patrol cadets from heavily armed men with assault weapons practicing for violent confrontations. We focused on private efforts to create a military or paramilitary organization that had “command structure, training and discipline so as to function as a combat or combat support unit.”

Expert witnesses explained how the group’s activities met the standard. The Texas attorney general urged the judge to accept our application of the law.  The judge, Gabrielle McDonald, granted our request and in 1982 shut down the training activities in Vietnamese Fishermen’s Ass’n v. Knights of the Ku Klux Klan, 543 F. Supp. 198 (S.D. Tex. 1982). The order worked.

Our approach was used again in 1985 and 1986 when the Southern Poverty Law Center took legal action against the Carolina Knights of the KKK and its successor, the White Patriots Party. After they violated court orders, a jury found the organization and its leaders guilty of criminal contempt. The leaders were jailed. They appealed, and lost. See Person v. Miller, 854 F.2d 656 (4th Circuit, 1988).

The problem arose again during the 1990s as self-styled militias organized in several states. Morris and I published an op-ed in the New York Times in May 1995 to review the legal option of restricting the activity of private military groups. That danger subsided, after many lives had been lost—above all, in the bombing of the Alfred P. Murrah Federal Building in Oklahoma City.

But the danger is rising again, as my town, the nation and the world can plainly see.

The Second Amendment arguments can be—and have been—overcome.  Individuals may have a right to bear arms for self-defense, but they do not have a right to organize and train as a private military group. In 1886 the Supreme Court laid the groundwork for controlling what the Second Amendment calls a “well-regulated Militia,” when it held that “[m]ilitary operations and military drill are subjects especially under the control of the government of every country.  They cannot be claimed as a right independent of law.” A New York appellate court noted in 1944: “The inherent potential danger of any organized private militia is obvious. Its existence would be sufficient, without more, to prevent a democratic form of government, such as ours, from functioning freely, without coercion.” That language seems awfully resonant today.

The language of Virginia’s Constitution is clear. While “a well regulated militia” is valued, including what state law calls the “unorganized militia,” the Constitution stresses that, “in all cases the military should be under strict subordination to, and governed by, the civil power.”

Well, when truckloads of organized groups of heavily armed men drive into my town—or your town—it is time to uphold the civil power. Virginia, like most states, has the legal power to stop them. And the precedents are on the books. 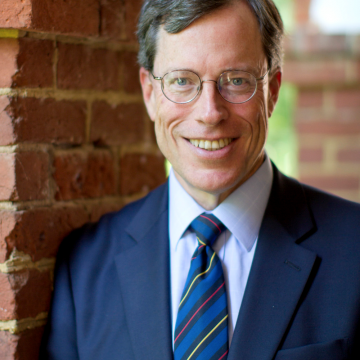 Philip Zelikow, the White Burkett Miller Professor of History, has served at all levels of American government as a career diplomat and adviser

Can the next Charlottesville be prevented?