Now the Supreme Court will be as polarized as the country

Now the Supreme Court will be as polarized as the country

[Read the article at CNN]

Justice Anthony Kennedy has always been known for his dramatic flair despite his rather mild professorial, even owlish, persona. He enjoys dressing up as James Madison to present lectures on the Constitution. He once excused himself from a conversation at the court to ponder a difficult vote. "I must brood," he allowed.

His testimony before congressional committees on the court's annual budget often contained impassioned discourses on how the justices distinguish themselves from the political branches by their objective legal reasoning and their devotion to a unique idiom.

Indeed, his arrival at the nation's highest tribunal in 1987 was as climactic as was his announced retirement—all because of the focal point he occupied over these three decades.

When Justice Lewis F. Powell retired from the court in 1986, the hysteria from the right and left was predictable. Though a Nixon appointee, Powell, a courtly moderate Virginian, had occupied the "swing seat" on the bench, sometimes voting with the liberal bloc and sometimes with the conservative wing. On hot-button issues such as affirmative action and religion, he fashioned a middle ground. Thus his departure unleashed the brutal battle of "swing seat" confirmation politics.

Edward Kennedy famously launched the first salvo from the Senate floor as soon as the Reagan administration nominated Judge Robert Bork, an uncompromising conservative, for the Powell vacancy.

Down to defeat went Bork, the victim of a Democrat majority in the Senate, followed by an abortive second nomination, which went up in smoke after the revelation that that the appointee had smoked pot with his law students. Enter Tony Kennedy, the moderate conservative from the 9th US Circuit Court of Appeals, the former Catholic altar boy whose father joked he would pay him if he just once would do something naughty! 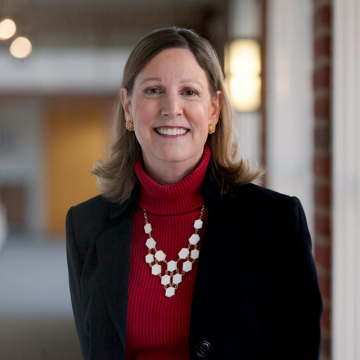 Barbara A. Perry is the Gerald L. Baliles Professor and Director of Presidential Studies at the Miller Center, where she co-directs the Presidential Oral History Program. She has authored or edited 12 books on presidents, First Ladies, the Kennedy family, the Supreme Court, and civil rights and civil liberties. She served as a U.S. Supreme Court Fellow and has worked for both Republican and Democratic members of the Senate. In 1994–95, she received the Justice Tom C. Clark Award as the outstanding Supreme Court Fellow that year. In addition to providing research for Chief Justice William Rehnquist’s speeches, she briefed more than 3,000 visitors to the court from 70 different countries.