The Miller Center, home to the nation’s longest-running nonpartisan presidential oral history program, announced today that it has begun work on its next major initiative: The Hillary Rodham Clinton Oral History Project.

Clinton ranks among the most accomplished women in American history. No other woman has served as secretary of state, a United States senator, and First Lady of the United States. Moreover, she is the first woman to have secured the presidential nomination of a major party. Despite these accomplishments, there has been little scholarship about her career.

The first phase of the project will address Clinton’s tenure as secretary of state. Clinton will sit for 20 interviews and offer candid, detailed reflections on her service as America’s chief diplomat. The project will also entail interviews with staff, fellow ministers of state, multilateral and NGO leaders, heads of state, and grassroots activists engaged in this work. More than 70 voices—supporters and critics, allies and rivals, diplomats and generals—will complement the interviews with Clinton.

“Secretary Clinton is one of the leading figures in American politics and diplomacy,” said University of Virginia President Jim Ryan. “I am very pleased that she chose the Miller Center to conduct her oral history and am confident that this work will inform and inspire for years to come.”

Miller Center Director and CEO William Antholis emphasized the importance of the project. “Capturing and preserving the thoughts and recollections of the most senior officials who worked with and for an historic figure such as Secretary Clinton allows scholars, students, and the general public to better understand the events of her time and their context," Antholis said.

The Hillary Rodham Clinton Oral History Project will be directed by two scholars renowned for their study of government and diplomacy: Barbara Perry, Gerald L. Baliles Professor and director of presidential studies at the Miller Center, and Allida Black, editor emeritus of the Eleanor Roosevelt Papers, who joins the Miller Center as a distinguished visiting scholar.

As secretary of state, Hillary Rodham Clinton redefined diplomacy and development and made women and girls a pillar of U.S. foreign policy.

“I am honored to be a part of this unique project to capture the spoken narratives of Secretary of State Clinton and those who worked with her during her tenure in the Obama Cabinet,” said Perry. “As a political scientist, I look forward to learning how she applied ‘smart power’ to American foreign policy in a particularly challenging era for the United States and promoted policies to achieve security and peace for women and girls around the globe.”

“As secretary of state, Hillary Rodham Clinton redefined diplomacy and development and made women and girls a pillar of U.S. foreign policy,” Black said. “We have designed a project that captures that work in all its complexity and candor and that will engage diplomats, policy makers, activists, students, and scholars for generations to come.”

For nearly a half century, the Miller Center has collected candid and confidential recollections from every White House from Gerald Ford to Barack Obama. These interviews of individuals and groups are conducted by Miller Center oral historians alongside leading experts in political science, history, law, business, and public policy. The Miller Center is an independent, nonpartisan research unit of the University of Virginia whose scholars are faculty of the University. Many of the other interviewers are drawn from the broader faculty at the University, which is regularly listed as one of the nation’s top public universities, with strengths in politics, history, public policy, law, and business.

The Miller Center’s oral history interviews are widely praised and cited for their scholarly rigor and independence. Each interview begins with extensive research on the public record of the interviewees and how they carried out their policy and governing responsibilities. Detailed briefing books—containing public records, domestic and international press reports, and excerpts of other relevant contemporaneous accounts—will be used to prepare for each interview. The combination of confidentiality for the interviewee, deep research, subject-matter scholarly expertise, and release of interview transcripts produces a unique historical record.

The Hillary Rodham Clinton Oral History Project will be funded by private donations. All gifts are tax-deductible charitable contributions. 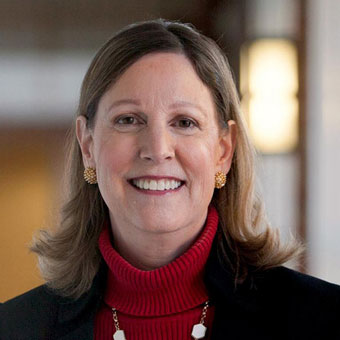 Barbara Perry is the Gerald L. Baliles Professor and director of presidential studies at the University of Virginia's Miller Center, where she co-directs the Presidential Oral History Program. She has authored or edited 16 books on presidents, first ladies, the Kennedy family, the Supreme Court, and civil rights and civil liberties. Perry has conducted 110 interviews for the George H. W. Bush, George W. Bush, and Barack Obama Oral History Projects; interviewed President Bill Clinton for his presidential project; and directed completion of the Edward Kennedy Oral History Project. She has served as a U.S. Supreme Court fellow and has worked for both Republican and Democratic members of the Senate. 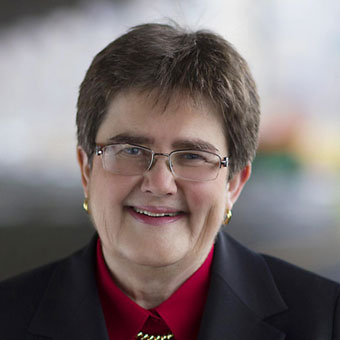 Allida Black is a distinguished visiting scholar at the University of Virginia’s Miller Center. She has written or edited 11 books and more than two dozen articles on U.S. politics and policy, the evolution of human rights, and women in politics. As research professor of history and international affairs at The George Washington University, she founded and directed the Eleanor Roosevelt Papers Project, a multi-award-winning documentary edition of Eleanor Roosevelt’s writings on politics, policy, and human rights. She has conceptualized and led oral history projects related to the creation of the Universal Declaration of Human Rights, Eleanor Roosevelt’s international legacy and her role as First Lady, and is working with former Liberian President and Nobel Peace Laureate Ellen Johnson Sirleaf to conduct oral histories of her administration and legacy.