The U.S. in Iraq and Afghanistan: Why We Lost--and What Did We Learn?

Aftermath of the Endless War

The U.S. in Iraq and Afghanistan: Why We Lost--and What Did We Learn?

Television Broadcast: February 15, 2015
Part of a new American Forum special series in Spring 2015: The Aftermath of the Endless War

Over a 35-year career, DANIEL BOLGER rose through the army infantry to become a three-star general, commanding in both theaters of the U.S. campaigns in Iraq and Afghanistan. His military awards include five Bronze Star medals and the Combat Action Badge. In his new book, Why We Lost: A General’s Inside Account of the Iraq and Afghanistan Wars, Bolger offers a unique assessment of these wars, from 9/11 to the final withdrawal from the region. His book makes the case that in Iraq and in Afghanistan, we lost—but we didn’t have to. JOHN NAGL is a retired lieutenant colonel of the U.S. Army. When he was an army tank commander in the first Gulf War of 1991, he was an early convert to the view that America’s greatest future threats would come from asymmetric warfare—guerrillas, terrorists, and insurgents. The result would become the bible of the counterinsurgency movement: his book called Learning to Eat Soup with a Knife. Nagl’s new memoir, Knife Fights: A Memoir of Modern War in Theory and Practice, is an education in modern war—in theory, in practice, and in the often tortured relationship between the two.
SUMMARY

An Army of Lions Led by Donkeys[1]

“Should have killed Bin Laden much earlier.”

These were judgments in a lively and sometimes dramatic and very candid dialogue between General Bolger and Lt. Colonel Nagl. During the January 27 session of UVA Miller Center’s continuing American Forum series on the “The Aftermath of Endless War,” Bolger and Nagl criticized the military when blame was justified, and squarely faulted political leaders for decisions that were short-sighted or just wrong.  They reminded the capacity audience that political leaders had been warned that the planned effort in Iraq could go badly. Why was there such a rush when failure had been predicted?

Both lamented that a healthy, consequential public debate was absent—and is still nonexistent. Both criticized the Congressional avoidance of a meaningful analysis on the past as well as the present conflicts and Mideast crises. Both asserted that Congress has failed to fulfill its Constitutional duty, and also adjudged as deficient the obligation of the press and journalists, in facilitating or promoting a healthy debate. A consensus of the American people has never existed and has never been sought.  There needs to be a national commitment, an understood and agreed strategy and strategic vision.

The spirited discussion started with retired Lt. Colonel John Nagl stating that we (the US) did not lose either the Iraqi or Afghanistan war.  Nevertheless, Nagl condemned the 2003 Iraqi invasion and the execution of the American war effort. He did, though, think that the Afghanistan outcome was “reasonably positive.” General Bolger disputed Nagl’s assessment, arguing that in Iraq the enemy insurgence is still present via ISIS, and that the Taliban is still in effective control of Afghanistan.  He added that leaving the countries was a flawed policy in each case.  He repeatedly explained that the dealings were not handled with sufficient stature or formality---that the attitude of the US government was too cavalier.    He argued that the goal of both conflicts---each a part of a larger fight against terrorism--was to establish effective and stable governments, and that was not achieved.

Another repeated theme was America’s failure to facilitate sufficient and meaningful local control in Afghanistan and Iraq and failure to establish systems where the locals were in charge, or could be seen as being in charge.   The locals could be enabled to help US soldiers identify the insurgents.  The road to success was by training locals, helping locals, and letting them take the lead.  Instead, the locals were undermined by American steps and approach.

Afghanistan was not given sufficient guidance or time to build or establish a structure and system of governance---American state-building was deficient. Afghanistan deserved more resources and attention immediately after 9-11, but the “premature action” taken in Iraq robbed the Afghani campaign.

General Bolger denounced military leadership, including his frank self-evaluation: “I screwed up the war.” He acknowledged that his fellow generals should also be blamed.  Lt. Colonel Nagl took exception, and levelled a broader critique against political leadership, including Congress, which had not had, nor pursued, a formal decision regarding military action since October 2002; this denies the opportunity for a healthy national discussion and an opportunity for the American people to “sign on.”

And Nagl wondered that, for assessment purposes and future benefit, why we should not establish a bi-partisan commission---like the 9-11 Commission---to investigate the two war efforts and determine what was done right and what was done wrong.

The officers also added that Americans seem to have an appetite for the long-term commitment only if its sons and daughters are not being killed. The enemy “will wait us out.” Our clock is always running.   Bolger argued, “We need to invest in staying longer, once American blood is spilled.” The enemy has no time clock. 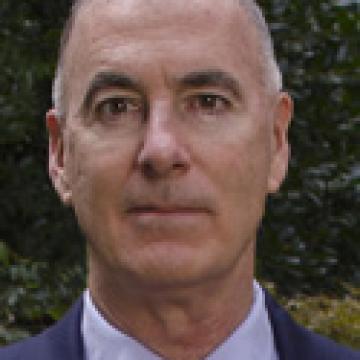 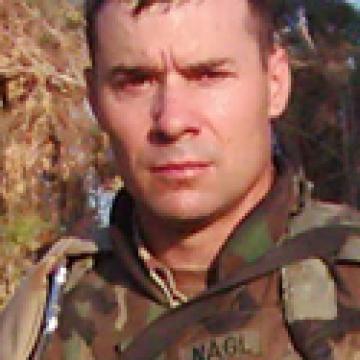