Nixon sat in the White House and watched his presidency slip away. Trump watches Fox News and feels much more secure.

President Donald Trump spent the day after the redacted Mueller report was released on the golf course with conservative talk show host Rush Limbaugh. Trump’s golf partner could not have been a more strategic choice: Limbaugh has been a key ally in the president’s war against special counsel Robert Mueller.

That day was no exception. As Limbaugh told his listeners: “It was an attempt at a coup. It was an attempt to throw Donald Trump out of office and nullify the election results of 2016." It was the same language Trump used to describe the investigation.

It was also the same argument that President Richard M. Nixon first made about Watergate, which he dismissed as "a crappy little thing" devised to undo his 1972 landslide victory. By August 1974, however, Nixon was facing a clear bipartisan consensus for impeachment and resigned the presidency.

But Nixon didn't have Fox News. Trump does. And that may very well save him from Nixon's ultimate fate, even as the Democratic drumbeat for impeachment grows louder.

Today's powerful conservative media ecosystem constantly parrots Trump’s claims of innocence, even as it discredits any critical information—particularly about the Mueller investigation.

Today's powerful conservative media ecosystem constantly parrots Trump’s claims of innocence, even as it discredits any critical information—particularly about the Mueller investigation. Fox News and conservative talk radio operate as both ally and megaphone, generating new arguments to support the president while devotedly amplifying every claim he makes. Along with other conservative media outlets, Fox has been working overtime to safeguard the Trump presidency from the Mueller investigation, amplifying his "no collusion, no obstruction" spin.

And it has had an effect: Polls showed that Fox News viewers were significantly more likely to distrust the Mueller investigation than Republicans as a whole. With this steadfast support, Trump has so far kept a firm grip on both his base and Republicans in Congress. So long as Fox News and conservative talk radio stick with Trump, it’s likely they will, too. 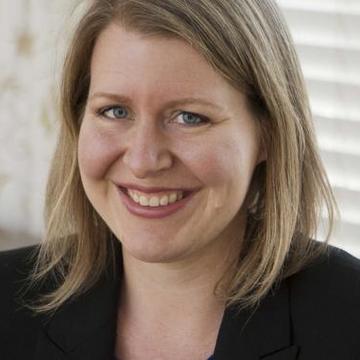 Hemmer is an assistant professor in Presidential Studies at UVA's Miller Center, focusing on the Nixon administration and its media relations. Her broader scholarship focuses on the history of conservatism and media.