Executive orders are a limited solution to a pervasive problem

The Biden administration’s executive order appears as a strong response to the fragmented data security environment in the U.S. Currently, TikTok and other firms operating in the U.S. can legally export a good deal of data abroad for access by other governments—a kind of “data trafficking”.

Yet while a crucial step toward limiting data trafficking, the order exemplifies three fundamental flaws in U.S. government data practices.

First, U.S. data security laws are fragmented and leave huge loopholes in data security. Second, rather than these laws being enforced as part of a long-term, bipartisan effort, enforcement varies by administration.

Finally, U.S. data security laws often get to the issue far too late, not considering data acquisitions that are already occurring. Rather than reflecting the toughness of the U.S. government’s approach, the Biden executive order reflects the limitations of the U.S. approach to data regulation. 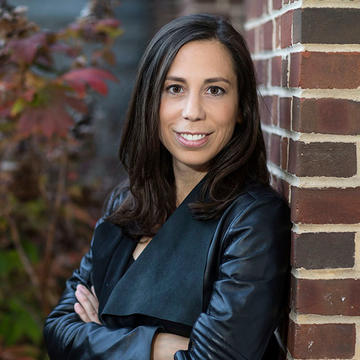 Aynne Kokas is C. K. Yen Chair and faculty senior fellow at the Miller Center and assistant professor of media studies at the University of Virginia. Educated at the Beijing Film Academy, the University of Michigan, and with a Ph.D. from UCLA, Kokas has also been a participant in the Public Intellectuals Program of the National Committee on U.S. China Relations. She is the author of Hollywood Made in China, a study of the partnerships between Chinese and American producers to produce feature films for global audiences. Her latest book, Trafficking Data: How China Is Winning the Battle for Digital Sovereignty, examines the risks and opportunities surrounding the collection and control of personal data through new forms of surveillance.