Calvin Coolidge: Life After the Presidency

Calvin Coolidge: Life After the Presidency

Coolidge announced his decision not to seek reelection in a sharp and typically playful statement: "I do not choose to run for President in 1928." He delivered the statement on handwritten strips of paper to reporters traveling with him on his summer vacation in 1927. The announcement took many people by surprise. On the day of the decision, Senator Arthur Capper of Kansas, who was present when Coolidge informed the reporters, asked Grace Coolidge what she thought of the announcement. "What announcement?" she replied.

Laconic to the end, Coolidge never explained his decision at length. But because he remained extremely popular and almost certainly would have won another term, pundits and historians had fun speculating about his motives, sometimes offering elaborate theories. In fact, as he wrote in his autobiography, he was never one who loved power or fame and was ready to be "relieved of the pretensions and delusions of public life." In keeping with his republican outlook, he wanted to honor the unwritten custom that Presidents should serve only two terms and looked forward to a simple retirement in his old hometown of Northampton, Massachusetts. He also had been devastated by the death of his 16-year-old son, Calvin Jr., in 1924. Calvin Jr. had contracted an infection after developing a blister while playing tennis. With penicillin yet to be discovered, he died within a week. Upon his death, Coolidge said, "the power and the glory of the presidency went with him."In his retirement, Coolidge returned to Northampton, Massachusetts, where he spent the next four years writing his autobiography and articles for national magazines. His nationally syndicated column for the McClure Newspaper chain, "Thinking Things over with Calvin Coolidge," ran for a year in 1931. On January 5, 1933, just after lunch, Coolidge collapsed in his bedroom where he had gone to take his usual two-hour nap. His wife found him dead from coronary thrombosis (heart failure). Characteristically, Coolidge's last will was brief and to the point: "Not unmindful of my son John, I give all my estate, both real and personal, to my wife, Grace Coolidge, in fee simple." It amounted to about $700,000. Poignantly, his passing came just before the inauguration of Franklin Roosevelt and the start of both a new view of economics and a new presidential activism that would consign Coolidge's policies to a bygone era. 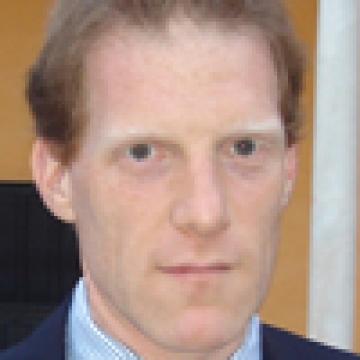