In 1982, forty-nine historians and political scientists were asked by the Chicago Tribune to rate all the Presidents through Jimmy Carter in five categories: leadership qualities, accomplishments/crisis management, political skills, appointments, and character/integrity. At the top of the list stood Abraham Lincoln. He was followed by Franklin Roosevelt, George Washington, Theodore Roosevelt, Thomas Jefferson, Andrew Jackson, Woodrow Wilson, and Harry Truman. None of these other Presidents exceeded Lincoln in any category according to the rate scale. Roosevelt fell into second place because he did not measure up to Lincoln in character. Washington, close behind, ranked third because of his lesser political skills. It is the general opinion of pollsters, moreover, that the average American would probably put Lincoln at the top as well. In other words, the judgment of historians and the public tells us that Abraham Lincoln was the nation's greatest President by every measure applied.

Interestingly, had the average Union citizen been asked the same question in the spring of 1863, there can be no doubt but that Lincoln would have fared poorly. Not much more could have been said for him even a year later, when Lincoln thought that he would lose his bid for reelection. It would take Lee's surrender at Appomattox Courthouse and his own death a week later to propel Lincoln into the pantheon of presidential greatness.

And Lincoln's canonization began almost immediately. Within days of his death, his life was being compared to Jesus Christ. Lincoln was portrayed to a worshipping public as a self-made man, the liberator of the slaves, and the savior of the Union who had given his life so that others could be free. President Lincoln became Father Abraham, a near mythological hero, "lawgiver" to African Americans, and a "Masterpiece of God" sent to save the Union. His humor was presented as an example of his humanity; his numerous pardons demonstrated his "great soul"; and his sorrowful demeanor reflected the burdens of his lonely journey as the leader of a "blundering and sinful" people.

Historians, mindful of Lincoln's mythic place in American popular culture, accord him similar praise for what he accomplished and for how he did it. Because he was committed to preserving the Union and thus vindicating democracy no matter what the consequences to himself, the Union was indeed saved. Because he understood that ending slavery required patience, careful timing, shrewd calculations, and an iron resolve, slavery was indeed killed. Lincoln managed in the process of saving the Union and killing slavery to define the creation of a more perfect Union in terms of liberty and economic equality that rallied the citizenry behind him. Because he understood that victory in both great causes depended upon purposeful and visionary presidential leadership as well as the exercise of politically acceptable means, he left as his legacy a United States that was both whole and free.

As the most activist President in history, Lincoln transformed the President's role as commander in chief and as chief executive into a powerful new position, making the President supreme over both Congress and the courts. His activism began almost immediately with Fort Sumter when he called out state militias, expanded the army and navy, spent $2 million without congressional appropriation, blockaded Southern ports, closed post offices to treasonable correspondences, suspended the writ of habeas corpus in several locations, ordered the arrest and military detention of suspected traitors, and issued the Emancipation Proclamation on New Year's Day 1863.

To do all of these things, Lincoln broke an assortment of laws and ignored one constitutional provision after another. He made war without a declaration of war, and indeed even before summoning Congress into special session. He countered Supreme Court opposition by affirming his own version of judicial review that placed the President as the final interpreter of the Constitution. For Lincoln, it made no sense "to lose the nation and yet preserve the Constitution." Following a strategy of "unilateral action," Lincoln justified his powers as an emergency authority granted to him by the people. He had been elected, he told his critics, to decide when an emergency existed and to take all measures required to deal with it. In doing so, Lincoln maintained that the President was one of three "coordinate" departments of government, not in any way subordinate to Congress or the courts. Moreover, he demonstrated that the President had a special duty that went beyond the duty of Congress and the courts, a duty that required constant executive action in times of crisis. While the other branches of government are required to support the Constitution, Lincoln's actions pointed to the notion that the President alone is sworn to preserve, protect, and defend it. In times of war, this power makes the President literally responsible for the well-being and survival of the nation.

Lincoln's legacy of executive authority did not last beyond his death, and over the next forty years both Congress and the courts overshadowed the White House in power and influence. Still, the most lasting accomplishments attributed to Lincoln are the preservation of the Union, the vindication of democracy, and the death of slavery, all accomplished by the ways in which he handled the crisis that most certainly would have ended differently with a lesser man in office. His great achievement, historians tell us, was his ability to energize and mobilize the nation by appealing to its best ideals while acting "with malice towards none" in the pursuit of a more perfect, more just, and more enduring Union. No President in American history ever faced a greater crisis and no President ever accomplished as much. 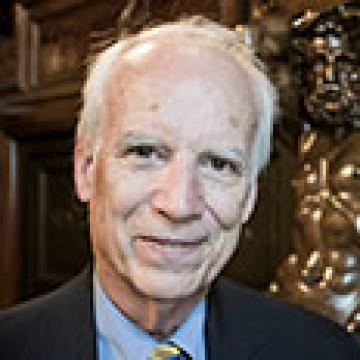