Among the most important domestic issues that President William McKinley had to deal with during his presidency, bimetallism and tariff legislation loomed large. Through most of 1897, the McKinley administration pursued an international agreement to include silver, along with gold, as an acceptable backing for the major European currencies. McKinley indicated his support for bimetallism if England, France, Russia, and Italy would go along. When negotiations with these nations over bimetallism failed in late 1897, McKinley began advocating a gold-based currency. In 1900, he signed the Gold Standard Act, which formally placed U.S. money on the gold standard. All currency was fully backed by gold, with a fixed price at $20.67 an ounce.

True to his campaign promises, McKinley called a special session of Congress to revise the tariff upward. In 1896, customs duties earned $160 million in revenue for the United States—the largest component of government income. Various internal revenue duties brought in approximately $145 million—alcohol taxes earned $114.5 million, tobacco taxes brought in another $30.7 million, and stamp taxes garnered $260,000. McKinley had campaigned to increase the tariff income both as a means of reducing internal taxes and as a means of encouraging the expansion of domestic industry and employment of American workers. The resulting Dingley Tariff Act, sponsored by Republican Congressman Nelson R. Dingley of Maine, chairman of the House Ways and Means Committee, raised rates to an average rate of 49 percent. The bill included a grant of authority to the President empowering him to negotiate reductions of up to 20 percent, to move products to a so-called free list, or to drop items from the list based upon mutual negotiations. McKinley, however, did not remain a protectionist nor a supporter of tariffs for the duration of his presidency. In 1901, only a day before his death, he announced his support for reciprocal trade treaties, a considerable shift in his thinking about trade policy.

Among the other domestic issues that occupied McKinley's attention were race relations, trust regulation, labor relations, and the civil service. Unwilling to alienate the white South, the President did little to address the growing disfranchisement and exclusion of black Americans from political power. McKinley denounced lynching in his 1897 inaugural address but failed to condemn that practice formally. He also refrained from taking action to curtail the general anti-black violence in the South that had reached near epidemic proportions in the last four years of the century. Instead, McKinley's initiatives in race relations were largely cosmetic. He appointed thirty African Americans to "positions of consequence," which were principally in diplomatic and records offices, but that number fell far short of what black Republicans had wanted from the leader of Abraham Lincoln's party. During the Spanish-American War, he countermanded orders preventing the recruitment and service of black soldiers. Neither of these actions did much to stem the deteriorating position of blacks in American society.

In the matter of monopolies, McKinley differentiated in his mind between good and bad trusts. He thought that great consolidations of industry were necessary in the face of international competition, but he wanted some way to insure that the public interest would be protected. His administration endorsed the opinion of the Supreme Court, which had limited, in United States v. E. C. Knight (1895), antitrust suits to those cases in which a corporation possessed a monopoly of interstate commerce. McKinley's 1899 annual message talked of strengthening the Sherman Antitrust Act of 1890, but he proposed no new legislation. It would remain for his successor in office, Theodore Roosevelt, to move decisively to discipline "bad" trusts.

McKinley increased his favorable standing with organized labor by his support for the Dingley Tariff and his appointment of various labor leaders to government positions. For example, Terence V. Powderly, one-time head of the Knights of Labor, became commissioner general of immigration. Additionally, the endorsement of the Erdman Act of 1898, which created a mechanism for mediating wage disputes on interstate railroads, as well as support for the exclusion of Chinese workers encouraged labor leaders. McKinley further indicated his support of labor by holding cordial meetings with Samuel Gompers, president of the American Federation of Labor. The one presidential action that upset labor involved the President's use of federal troops to keep order during a strike of mine workers in Coeur d'Alene, Idaho. But it was not enough, in view of the general patriotism of most workers during the Spanish-American War, to sour organized labor on President McKinley.

With regard to civil service, the great reform issue of the 1870s and 1880s, McKinley sought a middle ground. Republicans were upset with President Grover Cleveland's expansion of the merit list of office holders—jobs open to appointment and removal only for cause or merit—because it had entrenched numerous Democrats in key secretarial and customs positions. McKinley bowed to the pressure and issued an executive order that removed approximately 4,000 positions from the list. Civil service reformers painted McKinley as a party hack controlled by his managers, especially his friend Mark Hanna, a recently elected U.S. senator from Ohio and a longtime political supporter. 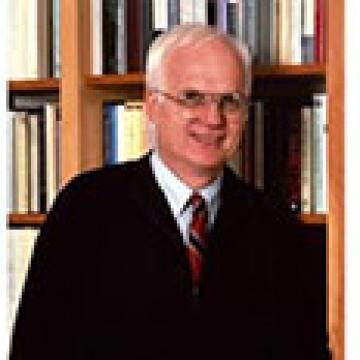