The nation's population numbered 76 million people in 1900. Eight years later, by the end of Roosevelt's second term, it had increased to 88 million. At the same time, the United States was becoming an urban nation, with wider segments of the population joining the workforce. The percentage that lived on farms had declined from 60 to 54 percent, while the number of women holding down jobs increased, rising from 18 to 21 percent of the total labor force. More and more of these working women were married—25 percent of all women working in 1910 compared to 15 percent in 1900. The only new state to enter the Union during the Roosevelt years was Oklahoma (1907).

Several important procedural changes in the American franchise took place during the Roosevelt years. First, the Progressive Movement undermined old party structures and thus seriously reduced overall voter participation in elections. Angry that traditional partisanship had resulted in political offices being staffed by "boodlers," crooks, and party hacks, progressives supported reforms aimed at destroying the power of party bosses. Such measures as the direct primary, the initiative, the referendum, the recall, and the direct election of senators were aimed at returning power to an informed and responsible electorate unaffected by party machines or boss politics.

Second, the number of registered voters fell greatly in cities and towns where immigrants dominated the population. Nearly every state in the Union passed personal registration laws between 1890 and 1920, which required identification certificates and personal appearances at designated government offices. Most laws required residency for a certain length of time prior to registration, as well as between registration and voting. These laws reduced the participation of working people who failed to register due to work schedules or, in the case of recent immigrants, were intimidated by the complex regulations written in English. Some states, such as New York, required that those registering demonstrate literacy in the English language, a barrier many immigrants could not overcome.

Numerous states that had allowed non-citizens to vote in the nineteenth century reversed themselves in the twentieth. By 1920, only seven states still allowed non-citizens to vote—and these were states with few immigrants. The newly formed Bureau of Immigration and Naturalization (1906), moreover, greatly increased the obstacles to citizenship. Applicants were forced to appear before a judge (accompanied by two witnesses to vouch for their moral character and good citizenship) who tested them in English on American history and civics. All applicants had to show proof that they had resided continuously in the United States for five years. They also had to swear, and sometimes prove, that they were not anarchists or polygamists.

Finally, a staggering drop in African American voters in the South occurred during the first decade of the twentieth century. Every ex-Confederate state stripped blacks of their right to vote through literacy tests, property qualifications, and poll taxes. During the 1870s, more than 130,000 blacks had voted in Mississippi. That number fell to 1,300 in 1900. During the Roosevelt years, whites used terror and lynching to intimidate black males throughout the South. These actions reduced the number of black voters who might have qualified to register under the new laws. From 1900 to 1910, more than 1,300 black men were lynched and burned alive in southern and midwestern states. Once blacks were dropped from the voting rolls, registrars stripped many poor and illiterate whites from the rolls in the southern states, reducing the size of the electorate still further.

As result of these developments, voter participation rates fell from 79 percent in 1896 to 65 percent in 1904. The trend never again reached the high levels known in the late nineteenth century.

The most important exception to this trend towards disenfranchisement was the growing suffrage movement for women. Although no states extended the vote to women during the Roosevelt presidency, suffragette victories in Wyoming, Colorado, Idaho, and Utah during the 1890s picked up steam again in the post-Roosevelt years. Washington, California, Kansas, Oregon, and Arizona enfranchised women in the years from 1910 to 1912—creating a momentum that eventually produced the Nineteenth Amendment (suffrage for women) in time for the election of 1920. 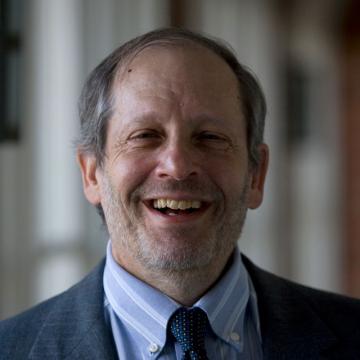