Zachary Taylor served only sixteen months in office, dying on July 9, 1850, from a bout of severe "stomach sickness," specifically diagnosed at the time as "cholera morbus." However brief, he served at a momentous time for the presidency. The issue of slavery in the western territories had come to center stage, pitting fire-eating southern radicals against extreme abolitionists.

Although people looked to Taylor for a solution, he said nothing about the matter in his brief inaugural address. Within the next few months, however, he opted for a policy with decided antislavery implications that his southern Whig supporters regarded as a betrayal of the South. He urged the residents of California—among whom he sought to include the Mormons around Salt Lake—and New Mexico to write constitutions and apply for statehood when Congress met in December. He correctly expected that both would bar slavery in those state constitutions. In messages to Congress in December 1849 and again in January 1850, he urged Congress to admit California and New Mexico to statehood as soon as their constitutions arrived in Washington, with no language from Congress about slavery. Federal courts could settle the boundary dispute between Texas and New Mexico once the latter became a state. Above all, he warned Congress, it must not attempt to organize territorial governments in the area, for that would only revive dangerous sectional conflict over congressional prohibition of slavery in them. His goal was to avert such a rancorous debate.

Drafting a constitution that prohibited slavery, California applied for admission as a free state in 1850. At that time, there were thirty states in the Union, equally split between slave and free states. Hence, Taylor's proposed solution of allowing the residents in the Mexican Cession to decide the issue of slavery in new state constitutions would have added two or three free states to the Union, upsetting the delicate North-South balance in the Senate.

With much at stake and tensions mounting, the stage was set for either a clash or a compromise. Many southern Democrats responded to Taylor's position by calling for a secession convention. A firm believer in national supremacy, Taylor told a group of southern leaders that he would hang anyone who tried to disrupt the Union by force or by conspiracy. In this atmosphere, wiser heads worked feverishly to come up with some compromise that would allow the controversy to pass. The debate that ensued over the proposed solutions was one of the most prolonged, significant, and contentious episodes in American history. Political luminaries of the time, such as Henry Clay, Daniel Webster, John C. Calhoun, and William H. Seward contributed weighty arguments and opinions to the discussion that captivated the country from January to September of 1850.

Clay, Webster, and others hoped that a strong fugitive slave law and the organization of territorial, rather than state, governments for New Mexico and Utah without any congressional prohibition of slavery would enable Southerners to accept California's admission as a free state. The compromise idea appealed to some southerners, especially those most offended by talk of secession in 1850, because it would put the federal government on record as the legal protector of slavery in the South. Calhoun, up to his death on March 31, 1850, opposed Clay; Jefferson Davis took over Calhoun's southern leadership in opposition to Clay's compromise proposals. Taylor also firmly opposed Clay's compromise. When Taylor died unexpectedly on July 9, the forces for compromise stepped up their efforts to push through the great Compromise of 1850 in September. Taylor's successor, Millard Fillmore, signed the bill into law.

Taylor took a strong stand regarding the Texas-New Mexico border dispute, promising personally to lead an army against Texas should that state use force to occupy disputed lands. He paid close attention to Indian affairs in Florida and Texas, the cholera epidemic in New York and New Orleans (which killed 5,017 people), and the ceremonial affairs of state. Taylor thought the presidency should stand above party politics, and he appointed cabinet members who represented all sections and the "great interests" of the nation—none of them were prominent Washington politicians. Additionally, Taylor delegated most patronage decisions that required firing Democrats and appointing Whigs to key positions on his cabinet. He gave great authority to his cabinet, using it like a council of war, yet he refused to develop a close working relationship with Congress. 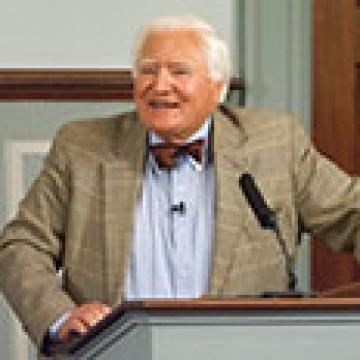