The president’s role as comforter-in-chief

The president’s role as comforter-in-chief

Read the full story in TIME

Nowhere are a president’s persuasive abilities more necessary, and the people more receptive to them, than in the aftermath of a tragedy. But why do we expect a partisan political figure to soothe our nation’s jangled nerves after a disaster? The answers lie in the nature of the office, the men who have held it, modern public grieving rituals and contemporary media culture — but also in the cumulative impact of crises and the expanding demands on presidents as power has accrued to them.

The president becomes the father figure
Ever since George Washington earned the designation “Father of Our Country,” from his earliest days as commander-in-chief of the Continental Army, we have seen our nation’s chief executives as paternal, even priestly, symbols. Secular and religious fathers are expected to comfort their families and flocks during crises.

The president becomes the unifier
Lincoln, known as “Father Abraham,” not only saved the Union but also tried to “bind up the nation’s wounds” as he looked toward the Civil War’s end, aiming to reunite Americans split asunder by the Confederacy’s 1861 secession. Named for Abraham, the Biblical prophet, Lincoln also established the gold standard for presidential eulogies at Gettysburg in 1863. He elegantly embraced the office’s dual roles as both the head of government and the head of state. Unlike a prime minister, who leads the government while a monarch or president performs ceremonial duties, an American president embodies the obligations of ruler and sovereign. From pardoning the Thanksgiving turkey each year—an idea that was formalized under President George H.W. Bush in 1989—to leading somber national mourning services, the president presides over the rituals that constitute American national tradition.

The president becomes the voice of the nation

As the only nationally elected official, a president speaks for the country at home and abroad. In 1936, the U.S. Supreme Court affirmed this role in foreign affairs, via its opinion in U.S. v. Curtiss-Wright Export Corp., noting that the Founding Fathers vested the president (FDR in this case) with foreign policy power so that he might provide unified statements for the nation. 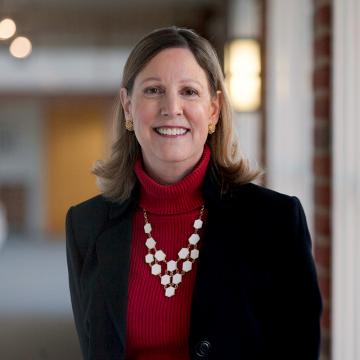