From the director: The staggering power of impeachment

From the director: The staggering power of impeachment

The Miller Center is committed to bringing light, not heat, to a painful time in our nation's history

The Constitution gives Congress two powers that reinforce its primacy over the executive: declaring war and removing a president. The first power is literally life-and-death—sending American soldiers into combat. The second is figuratively grave: determining that the duly elected leader of the nation is unfit to serve.

The decision to investigate and impeach a president is rarer still. Congress has twice passed articles of impeachment—Andrew Johnson and Bill Clinton—leading to a trial in the Senate. A third president, Richard Nixon, resigned when it was clear that he was destined for a similar fate. All three were deeply disturbing and divisive moments. All three impeachment efforts were led by the party that was not holding the presidency.

We are now entering, again, this dramatic moment in our political system. We at the Miller Center are committed to addressing impeachment with all the solemnity and humility demanded by this extraordinary event. We pride ourselves on chronicling and analyzing the American presidency and are committed to helping inform the current debate—to bring light, not heat, to a painful time in our national history.

At a point when many in the country—across the political spectrum—are worried about the resilience of our democratic institutions, we are committed to bringing insights, from both scholars and practitioners, about how and where our system works best.

In the coming months, we will provide a comprehensive approach to the history and process of impeachment that takes advantage of our extraordinary depth and range of scholarship:

These efforts flow naturally from who we are as an organization. We will remain true to our core values—especially rigorous scholarship, diversity of disciplines and perspectives, responsible engagement with thought leaders and the public, and respectful discourse. Our scholars and staff are committed to providing an alternative to the ad hominem opinion-making that too often dominates the media in today’s polarized environment. The Miller Center’s faculty bring historical depth, a range of disciplines, sobriety, and analysis grounded in evidence-based research. That means we must understand the scope of views on the matter and maintain our nonpartisanship, but also recognize that false-equivalence is a risk to be avoided. 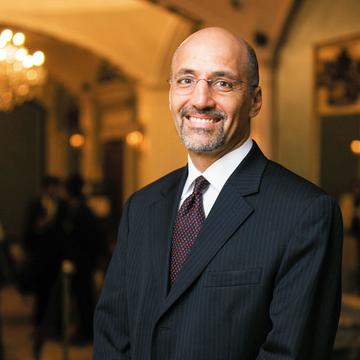 Hindsight and foresight in 2020

How past presidencies dealt with the big issues—and how they will impact next year's election.

Oral history is always relevant—our interview with William Barr is a perfect example of why.

On the power of respect in our democracy—and our community.