From the Director: What Trump's attorney general pick told the Miller Center

From the Director: What Trump's attorney general pick told the Miller Center

Seventeen years ago, William Barr sat down with the Miler Center to describe what it was like to be the attorney general of the United States under President George H. W. Bush.

Our oral history panel was filled with presidential historians and legal scholars. They asked him a series of tough questions.

Some were about institutional powers:

Others were about complex legal issues:

Barr’s oral history provided us with frank answers to those questions.

Last week, those answers became supremely relevant. President Trump invited Barr to return to the post he held 25 years ago.

The president has interpreted executive authorities broadly. He also has suggested that the Justice Department should closely follow his wishes as president. He has pointed criticism at both his last attorney general and at the deputy AG.

The president also has challenged the role of the special counsel on Russian interference in the 2016 presidential election. He has suggested that his pardon powers may come in handy. And his interpretations of border and asylum policies have proven to be highly controversial.

Barr’s answers to those questions in 2001 were surprisingly straightforward. Whether he still holds those views—or whether they would be applied similarly today—must be on the minds of the president, members of Congress, and a wide range of engaged citizens. 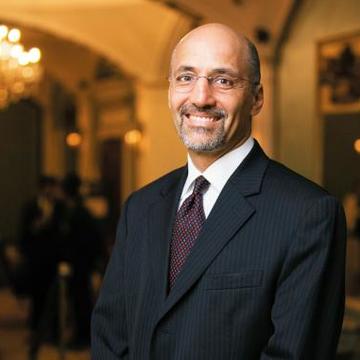 Bill Antholis has been the director and CEO of the Miller Center since 2015. Immediately prior, he served as managing director at The Brookings Institution from 2004 to 2014. From 1995 to 1999, Antholis served in government. At the White House, he was director of international economic affairs on the staff of the National Security Council and National Economic Council, where he served as the chief staff person for the G8 Summits in 1997 and 1998. He also was deputy director of the White House climate change policy team.

More “from the Director” columns

On the appointment of Marc Short

A president and his party are on the verge of total collapse early in an administration.