Trump has created the situation the 25th Amendment tried to prevent

Trump has created the situation the 25th Amendment tried to prevent

President Trump’s hospitalization for an apparently serious case of the coronavirus has sparked discussion of the 25th Amendment to the Constitution, which clarified the rules of presidential succession. While some members of Congress began calling for changes following President Eisenhower’s 1955 heart attack, it was the confusion and chaos surrounding the assassination of President John F. Kennedy on Nov. 22, 1963, that inspired passage of the amendment in 1967.

Before 1963, seven presidents had died in office, leaving the vice president to assume the powers of office. The pattern was set in 1841, when Vice President John Tyler filled the vacancy created by the death of President William Henry Harrison. Harrison had contracted pneumonia after just a few weeks in office and died on April 4.

Congress sided with Tyler, thus establishing the “Tyler precedent” in which a successor would inherit full presidential power.

Tyler insisted that he take over both the title and the powers of the presidency, but many observers believed he should simply serve as “acting president,” with limited authority. After spirited debate, Congress sided with Tyler, thus establishing the “Tyler precedent” in which a successor would inherit full presidential power.

Less than a decade later, the nation lost another commander in chief—Zachary Taylor, who became ill after eating milk and cherries at a celebration on July 4, 1850, and died after five days. 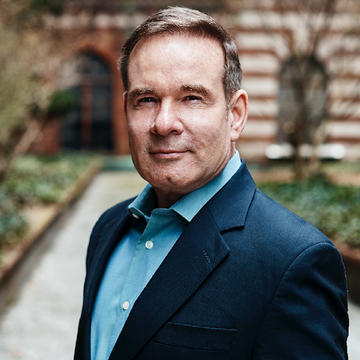 Steve Gillon is a Miller Center senior fellow, the Scholar-in-Residence at The History Channel, and professor of history at the University of Oklahoma. Gillon is one of the nation's leading experts on modern American history and politics. He has written or edited nearly a dozen books including the New York Times e-book bestseller, The Pact: Bill Clinton, Newt Gingrich, and the Rivalry that Defined a Generation (Oxford 2008). Among his many other books are: Boomer Nation: The Largest and Richest Generation and How it Changed America (Free Press 2004); 10 Days that Unexpectedly Changed America (Three Rivers 2006); Pearl Harbor: FDR Leads the Nation into War (Basic 2011); That’s Not What We Meant to Do: Reform and Its Unintended Consequences in Twentieth-Century America (W.W. Norton, 2000); The Democrats' Dilemma: Walter F. Mondale and the Liberal Legacy (Columbia University, 1992); and Politics and Vision: The ADA and American Liberalism, 1947-1985 (Oxford 1987).