History repeats itself, as Karl Marx once wrote, “the first time as tragedy, the second as farce.” In a farcical return to the chaos that resulted from a December 2018 phone call between the U.S. and Turkish presidents, Donald Trump has once again announced the pullback of U.S. forces in northeastern Syria, sending Washington’s entire policy establishment into damage control mode.

To prove he was not pushed around by or caving into the demands of Turkey’s Islamist strongman, Trump then tweeted threats to “totally destroy and obliterate” the Turkish economy, echoing his tweet to “devastate Turkey economically” the last time around. So far, the only thing he seems to have destroyed is U.S. credibility in the Middle East and beyond.

Trump’s latest move rewards a fellow NATO member for behaving badly, as he has done multiple times before when dealing with Turkey. Recep Tayyip Erdogan’s government has held U.S. citizens and State Department employees hostage, helped Iran evade U.S. sanctions at the height of Washington’s efforts to thwart Tehran’s nuclear ambitions between 2012 and 2014, and most recently procured the Russian-made S-400 air defense system despite frequent warnings against doing so.

So far, Erdogan has miraculously walked away without any major diplomatic pushback, sanctions, or fines from the United States.

So far, Erdogan has miraculously walked away without any major diplomatic pushback, sanctions, or fines from the United States owing to an inexplicable leniency that belies Trump’s tough talk. Even as the U.S. president was reinforcing his Turkish counterpart’s sense of impunity, he was selling out the Syrian Democratic Forces (SDF), comprising Syrian Kurds, Arabs, Syriac Christians, and Yazidis who have been key partners in defeating the Islamic State while sacrificing more than 11,000 of their soldiers in the effort.

Trump’s hasty action risks undermining all the gains that U.S. special operations forces and their SDF partners have secured to defeat the Islamic State. A recent report by the U.S. Defense Department inspector general warned that the Islamic State “solidified its insurgent capabilities in Iraq and was resurging in Syria.” There are further credible reports of Islamic State efforts “to replenish its ranks from members held in detention facilities.”

If the Islamic State makes a comeback, triggering attacks not only in the Middle East but also in Europe and the continental United States, this will all be laid rightly at Trump’s doorstep.

Given that these terrorist detainees are dispersed in a number of facilities, some of which are deep in Syrian territory, there is no way that Turkish troops and their proxies can take control of such facilities from the SDF in an orderly fashion. The logical result of the inevitable clashes between Turkey and the SDF will be a redeployment of SDF forces from the detention facilities to the front lines, leading inevitably to mass prison escapes and an Islamic State resurgence. If the Islamic State makes a comeback, triggering attacks not only in the Middle East but also in Europe and the continental United States, this will all be laid rightly at Trump’s doorstep. 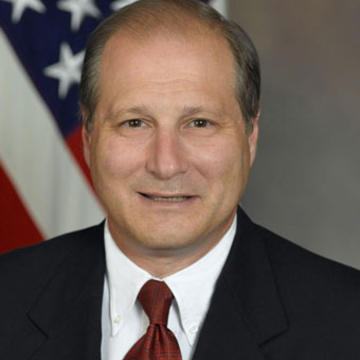 Eric Edelman is the Miller Center's Anne C. Strickler Practitioner Senior Fellow. He retired as a career minister from the U.S. Foreign Service in 2009, and among other posts, served as U.S. Ambassador to Turkey. 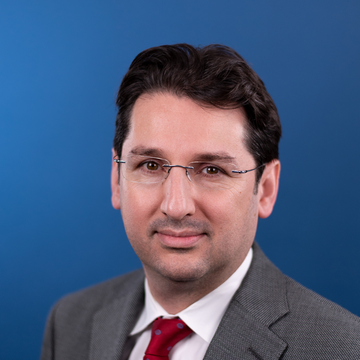 Aykan Erdemir is a senior fellow at the Foundation for Defense of Democracies. He was a member of the Turkish parliament representing the Republican People’s Party (CHP) from 2011 to 2015.