Are we ready for the next nuclear era?

Are we ready for the next nuclear era?

READ THE FULL ARTICLE IN THE BULWARK

The Chinese nuclear arsenal is expanding rapidly. The commander of Strategic Command, Adm. Charles Richards, described the growth of China’s arsenal as “breathtaking” and former Vice Chairman of the Joint Chiefs of Staff Gen. John Hyten called it “unprecedented.” For many years, China was thought to maintain an arsenal of about 200 nuclear warheads. That estimate has since grown to about 350, and could expand to 1000 or more by 2030. As it acquires more warheads, the People’s Liberation Army is also developing a full nuclear triad much earlier than most observers anticipated, as well as capabilities that could call “strategic stability” into question. In addition to China’s first air-refuellable bomber and its first credible sea-based nuclear deterrent, the test last year of what seems to be a fractional orbital bombardments system raises the prospect of a short or no-warning attack—an extremely destabilizing development.

Russia, of course, remains today the only existential challenge to the United States because of the size of its nuclear arsenal. Russian nuclear forces have undergone major modernization in the past 15 years, and those efforts are continuing. Russia, of course, also maintains a large stockpile of theater nuclear weapons—perhaps 10 times the number of similar weapons in the U.S. inventory. In 2018, President Putin announced several exotic nuclear weapons including “a new heavy intercontinental ballistic missile (ICBM); a nuclear-armed hypersonic glide vehicle (HGV); a nuclear-armed, air-launched hypersonic missile; a nuclear-powered, nuclear-armed cruise missile; and a nuclear-powered, nuclear-armed submarine drone.” The precise purpose of these new weapons remains unclear and some of them seem to reflect the pursuit of capabilities which the U.S. considered too dangerous to develop. Nonetheless, they create additional uncertainty about “strategic stability” and must be addressed if there is to be any follow-on agreement to New START.

READ THE FULL ARTICLE IN THE BULWARK 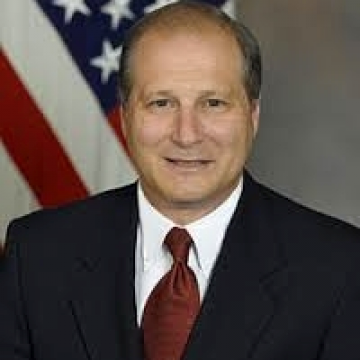