Competing visions of the American Dream drive us apart

Competing visions of the American Dream drive us apart

The concept has changed through history, but now we can’t agree on what it ought to be

It comes as no surprise that the Democratic and Republican conventions highlighted the stark gulf separating the two parties. Their differences stem not just from how to grapple with the coronavirus pandemic or differing views about race and racism; they are rooted in fundamentally divergent visions of the American Dream. In 1931, historian James Adams coined the phrase “American Dream” to capture the uniqueness of our national experience and the optimism of our people. He built upon a constellation of ideas that date to the “self-evident” truth, identified by Thomas Jefferson in the Declaration of Independence: “ … all Men are created equal … endowed by their Creator with certain unalienable Rights … Life, Liberty and the Pursuit of Happiness.” Those immortal words captured our noblest ideals and highest aspirations, and at its core, the American Dream promises that they apply to all Americans, regardless of birth.

But as each generation has sought to make this vision a reality, it has defined and redefined the American Dream and the election this November will decide not only who occupies the White House but also how the dream will be defined and shaped for future generations.

By the end of the 19th century, hopes of social mobility had replaced Jefferson’s agrarian vision as millions of immigrants came to the nation’s growing cities and worked as cogs in large factories.

For Jefferson, the American Dream meant owning enough land to guarantee economic self-sufficiency and personal independence, although only for White men and often at the expense of others’ freedom. By the end of the 19th century, hopes of social mobility had replaced Jefferson’s agrarian vision as millions of immigrants came to the nation’s growing cities and worked as cogs in large factories. Horatio Alger myths popularized the notion that impoverished boys need only work hard to rise to a life of middle-class security.

The consequences of industrialism and urbanization, along with the leadership of Franklin Roosevelt ushered in a third phase of the dream. 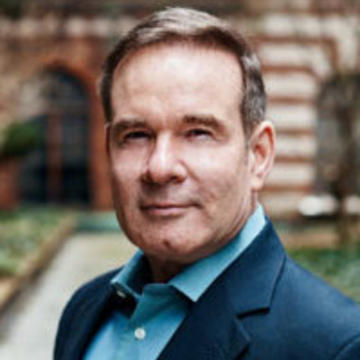 Steve Gillon is a Miller Center senior fellow, Scholar-in-Residence at The History Channel, and professor of history at the University of Oklahoma.

Gillon is one of the nation's leading experts on modern American history and politics. He has written or edited nearly a dozen books including the New York Times e-book bestseller, The Pact: Bill Clinton, Newt Gingrich, and the Rivalry that Defined a Generation (Oxford 2008). Among his many other books are: Boomer Nation: The Largest and Richest Generation and How it Changed America (Free Press 2004); 10 Days that Unexpectedly Changed America (Three Rivers 2006); Pearl Harbor: FDR Leads the Nation into War (Basic 2011); That’s Not What We Meant to Do: Reform and Its Unintended Consequences in Twentieth-Century America (W.W. Norton, 2000); The Democrats' Dilemma: Walter F. Mondale and the Liberal Legacy (Columbia University, 1992); and Politics and Vision: The ADA and American Liberalism, 1947-1985 (Oxford 1987).