Midterms and the Hispanic vote

Midterms and the Hispanic vote

[Read the full article on CNN]

Hispanics have become a powerful force in American politics, and yet in recent days there has been growing concern that they might not turn out for the November midterms now just weeks away. But earning their vote may be more straightforward than imagined. Targeted policy solutions focused on education and bread-and-butter issues, in combination with voter mobilization efforts and a nuanced approach to diversity, can pave the way for either major party to gain favor with this increasingly powerful demographic.

In advance of the 2016 presidential campaign, both political parties announced efforts to court the growing U.S. Hispanic population. The Republican Party in particular—with its 2013 "Growth and Opportunity Project"—called for a meaningful focus on minorities and even advocated for comprehensive immigration reform. And yet President Trump pursued a very different strategy, ignoring the report's advice, still garnering 28% of the Hispanic vote—despite his offensive tirades against them. Though Trump's rate is much lower than George W. Bush's 44% Hispanic support in 2004, it was roughly on par with Mitt Romney's 27%.

It's hard to imagine the GOP won't feel a significant Hispanic backlash in the midterms given President Trump's controversial border policies. The Democratic primary win in New York's 14th Congressional District by Latina Alexandria Ocasio-Cortez may be a further sign of both the growing influence of Hispanics in mainstream politics and of their popularity with the left, but that doesn't tell the whole story of what we can expect come November 6. 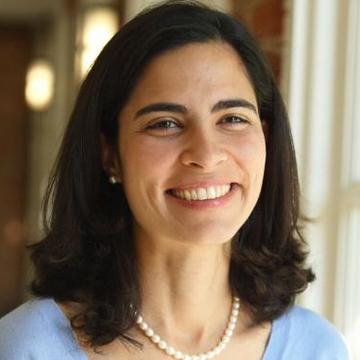 Cristina Lopez-Gottardi Chao is assistant professor and research director for public and policy programs at the Miller Center. Her dissertation, The Growth of Opposition in Cuba: Problems and Prospects for Democratization, was awarded the 2005 Alberto J. Varona Prize for best dissertation in Cuban studies.