George W. Bush, the 43rd President of the United States, led the country during a time of great challenge and change. The terrorist attacks of September 11, 2001, the global war on terror, the war in Iraq, and the economic downtown of 2008 are just some of the major events that Bush had to contend with during his time in office. At different times, President Bush was both the most popular president and one of the least popular presidents in American history, and his administration sparked both passionate defenders and vehement critics. His presidency will continue to be studied and debated for years to come.

When George W. Bush took office in 2001, he became only the second President of the United States whose father had also been president. George H.W. Bush served in office from 1989 to 1993, and John Adams and John Quincy Adams were both presidents in the early 1800s. George W. Bush was also one of the few Presidents to win office despite losing the popular vote. (Interestingly John Quincy Adams also won the presidency without winning the popular vote.)

George W. Bush was born on July 6, 1946, the first child of George Herbert Walker and Barbara Bush. The young Bush greatly admired his father and followed in his footsteps throughout much of his life—including serving as President of the United States. Bush was not an exceptional student but attended some of the premier educational establishments in the United States, including Phillips Academy Andover, Yale University, and Harvard University.

Bush served as a pilot in the Texas Air National Guard during the Vietnam War, but remained in the United States and saw no combat. After a number of short-term jobs, Bush landed a position with an oil company in the 1970s and eventually established his own energy company before going on to be part owner of the Texas Rangers baseball club. He married Laura Welch in 1977, and they had twin daughters, Jenna and Barbara, in 1981. As President, Bush was known for his evangelical Christian faith, but that faith, and the sobriety that accompanied it, did not come until he was in his forties.

Bush made his first run for public office in 1978, but failed to win the congressional seat he sought. He did not run for political office again until his father had left the presidency. In 1993, Bush challenged the popular Democratic governor of Texas, Ann Richards. Focusing on education, juvenile justice, welfare, and tort reform, Bush’s victory stunned much of the nation. He won reelection for governor by a landslide in 1998, and that victory helped launch him into the 2000 race for the presidency. Bush defeated Senator John McCain of Arizona for the Republican nomination and then went on to win a controversial and disputed victory over Vice President Al Gore in November. Although Gore won the popular vote nationwide by more than 500,000 ballots, Bush tallied the constitutionally required 270 Electoral College votes by winning a few hundred more popular votes in Florida after a contested recount. The election spurred weeks of litigation, ultimately settled by the U.S. Supreme Court, making it one of the most controversial elections in American history.

George W. Bush launched his administration against one of the most polarized political landscapes in recent memory. The Republicans were eager to reclaim the White House after eight years of the contentious Clinton administration, and many Democrats did not consider Bush to be a legitimately elected President. Bush’s “compassionate conservative” philosophy defined his approach to domestic policy. It utilized traditional tenets of conservatism, such as small government and free market principles, to help people help themselves, and local groups such as churches to help those who could not help themselves. Among his initiatives, President Bush created the Office of Faith-Based and Community Initiatives to allow religious organizations to work with government to address social problems. Among his top priorities, Bush succeeded in getting Congress to pass the No Child Left Behind Act in 2001 with bipartisan support. The law raised national education standards and allocated funding according to test results but was not without its controversy because of its reliance on testing and the weakening of local autonomy.

President Bush’s economic policy reflected hands-off conservative supply side theory. One of his major domestic accomplishments in his first term was garnering congressional support for $1.35 trillion in tax cuts but only at the expense of making them temporary rather than permanent in the tax code. Although he inherited the beginnings of an economic slowdown, by 2007 the stock market topped 14,164, more than 6,000 points higher than it had been five years earlier, and unemployment fell to 4.7 percent.

Government expenditures kept growing, however, as tax revenue declined, moving the government from a balanced budget to huge budget deficits. In the fall of 2008, and in the middle of the presidential campaign to replace President Bush, the economy imploded as the bubble of housing prices collapsed and financial institutions began to fail. The stock market crashed, prompting an economic situation that came to be known as “the Great Recession.”

The most transformative event of the Bush presidency occurred on September 11, 2001. Islamic terrorists from a group called al Qaeda succeeded in a coordinated attack using airliners as missiles, crashing into the Pentagon, collapsing the Twin Towers in New York City, downing a plane in Pennsylvania, and killing nearly 3,000 people. The events of that day moved Bush from a President concerned with “compassionate conservative” solutions at home to one focused intensely on threats from abroad. He also went from a President some considered illegitimately elected and unpopular to becoming, for a time, the most popular President in American history. After the attacks, Bush spoke for an angry and mourning nation, and he became a rallying point for the American people. As he recalled in his autobiography, Decision Points, “In a single morning, the purpose of my presidency had grown clear: to protect our people and defend our freedom that had come under attack.”

After the terrorist attacks on New York and Washington, D.C., President Bush addressed a joint session of Congress, on September 20, 2001, and laid out what became known as the Bush Doctrine: “Our war on terror begins with al Qaeda, but it does not end there. It will not end until every terrorist group of global reach has been found, stopped, and defeated.” He went further, “From this day forward, any nation that continues to harbor or support terrorism will be regarded by the United States as a hostile regime.” In his remarks, Bush was indicating that war in Afghanistan was eminent as the terrorists of 9/11 were trained and harbored in that rugged Islamic nation.

On October 7, 2001, coordinated American military attacks began in Afghanistan against al Qaeda terrorist training camps and military installations of the Taliban regime, which had supported al Qaeda. The Taliban was quickly driven from power, and members of al Qaeda fled into the mountains or across the borders to find refuge. What seemed like a quick and easy war against a Third World nation and terrorist group, however, would become the longest war in American history. The U.S. mission evolved from one of dismantling terrorist cells in the region to bolstering civil society and installing a new democratically elected government in Afghanistan.

Once the Taliban was in retreat, Bush and his advisers returned to their long-standing concerns about the dangers of Iraq and its leader Saddam Hussein. Vice President Dick Cheney summed up the administration’s case in a speech on August 26, 2002, at the Veterans of Foreign Wars national convention. He declared, “Simply stated, there is no doubt that Saddam Hussein now has weapons of mass destruction. There is no doubt that he is amassing them to use them against our friends, against our allies, and against us.” After the administration’s public education effort, Congress authorized the President to use force against Iraq if he found it necessary.

On March 19, 2003, U.S. and British forces launched a series of strikes on government instillations and other targets in Iraq. A ground invasion followed soon after. Although the regime collapsed quickly and the United States won decisive victories on the battlefield, Iraq soon descended into sectarian violence with U.S. forces caught in the middle of a civil war for control of the country. Despite all the assurances from the Bush administration, based on intelligence from the world’s spy agencies, no weapons of mass destruction were found in Iraq. The war there became deeply unpopular with the American public as American casualties mounted, and there seemed to be no good solution on the horizon. As a result, President Bush’s popularity sagged.

Although initially very popular, Bush’s actions in the “war on terror” became some of his most controversial acts as President. His administration established military tribunals for captured terrorists, approved a list of “enhanced-interrogation techniques,” and instituted the Terrorist Surveillance Program (TSP) to scour domestic communications. Congress established a new Department of Homeland Security, passed the Patriot Act, and authorized war against all those who orchestrated the 9/11 attacks or who might plan future attacks. Vice President Cheney, along with so-called “neoconservatives” in the Bush administration, counseled a very aggressive approach to the post-9/11 world. Many opponents vehemently disagreed with the administration’s policies.

The Bush presidency began with conservative reform goals, such as lowering taxes, but became better known as the presidency that prosecuted America’s war on terror. The September 11, 2001, attacks changed the entire focus of the Bush administration. The long, hard wars in Afghanistan and Iraq cost thousands of U.S. lives, billions of dollars, and damaged Bush’s popularity as President. He ended his time in office with low job approval, and with Republicans losing control of Congress in the 2006 elections and the White House in the 2008 election. 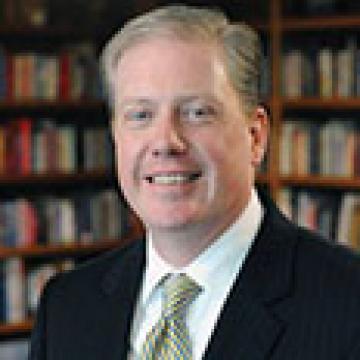 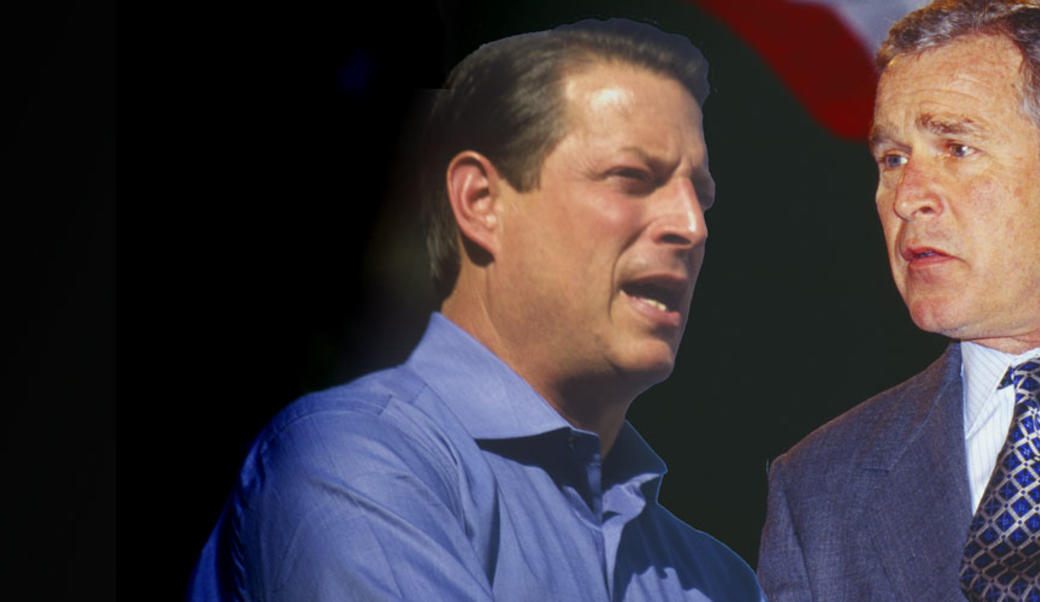 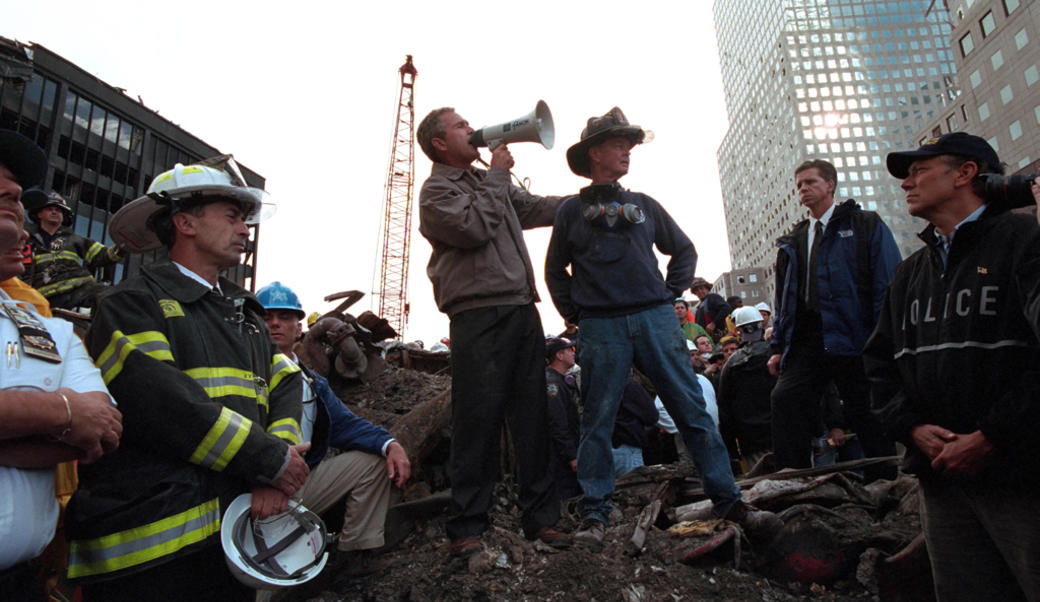