Herbert Hoover: Life Before the Presidency

Herbert Hoover: Life Before the Presidency

Herbert Clark Hoover was born on August 10, 1874. For the first nine years of his life, he lived in the small town of West Branch, Iowa, the place of his birth. His Quaker father, Jessie Clark Hoover, a blacksmith and farm equipment salesman, suffered a heart attack and died when Herbert was six years old. Three years later, the boy's mother, Huldah Minthorn Hoover, developed pneumonia and also passed away, orphaning Herbert, his older brother Theodore, and little sister Mary. Passed around among relatives for a few years, Hoover ended up with his uncle, Dr. John Minthorn, who lived in Oregon.

The young Hoover was shy, sensitive, introverted, and somewhat suspicious, characteristics that developed, at least in part, in reaction to the loss of his parents at such a young age. He attended Friends Pacific Academy in Newberg, Oregon, earning average to failing grades in all subjects except math. Determined, nevertheless, to go to the newly established Stanford University in Palo Alto, California, Hoover studied hard and barely passed the university's entrance exam. He went on to major in geology and participated in a host of extracurricular activities, serving as class treasurer of the junior and senior student bodies and managing the school baseball and football teams. To pay his tuition, Hoover worked as a clerk in the registration office and showed considerable entrepreneurial skill by starting a student laundry service.

During the summers, Hoover worked as a student assistant on geological survey teams in Arkansas, California, and Nevada. After his graduation in 1895, he looked hard to find work as a surveyor but ended up laboring seventy hours a week at a gold mine near Nevada City, California, pushing ore carts. Luck came his way with an office job in San Francisco, putting him in touch with a firm in need of an engineer to inspect and evaluate mines for potential purchase. Hoover then moved to Australia in 1897 and China in 1899, where he worked as a mining engineer until 1902. A string of similar jobs took him all over the world and helped Hoover become a giant in his field. He opened his own mining consulting business in 1908; by 1914, Hoover was financially secure, earning his wealth from high-salaried positions, his ownership of profitable Burmese silver mines, and royalties from writing the leading textbook on mining engineering.

His wife, Lou Henry Hoover, traveled with him everywhere he went. Herbert and Lou met in college, where she was the sole female geology major at Stanford. He proposed to her by cable from Australia as he prepared to move to China; she accepted by return wire and they married in 1899. The couple was in China during the Boxer Rebellion of 1900, a time when Lou helped nurse wounded Western diplomats and soldiers while Herbert assisted in the fighting to defend Tianjin, a city near the uprising. By the time the couple returned home to America in 1917, Lou had learned to shoot a gun and had mastered eight languages.

Over the course of his career as a mining engineer and businessman, Hoover's intellect and understanding of the world matured considerably. Hoover was raised a Quaker and although he rarely went to Meeting as an adult, he internalized that faith's belief in the power of the individual, the importance of freedom, and the value of "conscientious work" and charity. Hoover also applied the ethos of engineering to the world in general, believing that scientific expertise, when employed thoughtfully and properly, led to human progress. Hoover worked comfortably in a capitalist economy but believed in labor's right to organize and hoped that cooperation (between labor and management and among competitors) might come to characterize economic relations. During these years, Hoover repeatedly made known to friends his desire for public service.

Politically, Hoover identified with the progressive wing of the Republican Party, supporting Theodore Roosevelt's third-party bid in 1912. World War I brought Hoover to prominence in American politics and thrust him into the international spotlight. In London when the war broke out, he was asked by the U.S. consul to organize the evacuation of 120,000 Americans trapped in Europe. Germany's devastating invasion of Belgium led Hoover to pool his money with several wealthy friends to organize the Committee for the Relief of Belgium. Working without direct government support, Hoover raised millions of dollars for food and medicine to help desperate Belgians.

In 1917, after the United States entered the war, President Woodrow Wilson asked Hoover to run the U.S. Food Administration. Hoover performed quite admirably, guiding the effort to conserve resources and supplies needed for the war and to feed America's European allies. Hoover even became a household name during the war; nearly all Americans knew that the verb "to Hooverize" meant the rationing of household materials. After the armistice treaty was signed in November 1918, officially ending World War I, Wilson appointed Hoover to head the European Relief and Rehabilitation Administration. In this capacity, Hoover channeled 34 million tons of American food, clothing, and supplies to war-torn Europe, aiding people in twenty nations.

His service during World War I made Hoover one of the few Republicans trusted by Wilson. Because of Hoover's knowledge of world affairs, Wilson relied him at the Versailles Peace Conference and as director of the President's Supreme Economic Council in 1918. The following year, Hoover founded the Hoover Library on War, Revolution, and Peace at Stanford University as an archive for the records of World War I. This privately endowed organization later became the Hoover Institution, devoted to the study of peace and war. No isolationist, Hoover supported American participation in the League of Nations. He believed, though, that Wilson's stubborn idealism led Congress to reject American participation in the League.

In 1920, Hoover emerged as a contender for the Republican presidential nomination. His run was blocked, however, by fellow a Californian, Senator Hiram Johnson, who objected to Hoover's support for the League. Republican Warren Harding won the White House in 1920 and appointed Hoover as his secretary of commerce, a position that Hoover retained under Harding's successor, President Calvin Coolidge.

Under Hoover's leadership, the Department of Commerce became as influential and important a government agency as the Departments of State and Treasury. Hoover encouraged research into measures designed to counteract harmful business cycles. He supported government regulation of new industries like aviation and radio. He brought together more than one hundred different industries and convinced them to adopt standardized tools, hardware, building materials, and automobile parts. Finally, he aggressively pursued international trade opportunities for American business. To win these reforms, Hoover strengthened existing agencies in the Commerce Department, like the Bureau of Foreign and Domestic Commerce, or simply established new ones, like the Bureau of Standards, for the standardization project. He also formed commissions that brought together government officials, experts, and leaders of the relevant economic sectors to work towards reform.

The initiatives Hoover supported as commerce secretary—and the ways in which he pursued them—reveal his thinking about contemporary life in the United States and about the federal government's role in American society. Hoover hoped to create a more organized economy that would regularize the business cycle, eliminating damaging ebbs and flows and generating higher rates of economic growth. He believed that eradicating waste and improving efficiency would achieve some of these results— thus, his support for standardization and for statistical research into the workings of the economy. He also believed that the American economy would be healthier if business leaders worked together, and with government officials and experts from the social sciences, in a form of private-sector economic planning. This stance led him to support trade associations—industry-wide cooperative groups wherein information on prices, markets, and products could be exchanged among competitors—which Hoover saw as a middle way between competition and monopoly. He insisted, though, that participation in these associations remain voluntary and that the government merely promote and encourage, rather than require, their establishment.

Hoover hoped that these innovations would strengthen what he saw as the central component of the American experience: individualism. In 1922, Hoover published a small book, entitled American Individualism, that examined the Western intellectual tradition's major social philosophies, including individualism, socialism, communism, capitalism, and autocracy. Hoover concluded that individualism was the superior principle around which to organize society. He rejected the laissez-faire capitalism of the Right and the socialism and communism of the Left because he believed that these ideologies hindered rather than helped the individual. Instead, Hoover sought a "balance of perspective" between Right and Left that theoretically would create and maintain opportunities for Americans to succeed. Through enterprises like those he championed as commerce secretary, Hoover believed the federal government could facilitate the creation of political, social, and economic conditions in which individual Americans could flourish.

Hoover's positions and thinking placed him solidly in the progressive camp of the Republican Party. As secretary of commerce, Hoover emerged as a potential running-mate for Coolidge in the 1924 presidential election, though that effort fell short. Hoover's reputation with the American people reached its peak in 1927, when he took charge of relief efforts following disastrous floods along the Mississippi River. The episode displayed Hoover at his best: as a humanitarian and leader with the ability to solve problems. When Coolidge announced in 1927 that he would not seek reelection, Hoover became the leading candidate for the Republican presidential nomination. 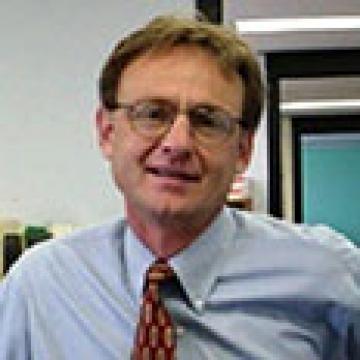