In the realm of foreign affairs, James Monroe sought to improve the country's international reputation and assert its independence. By virtue of his solid working relationship with Secretary of State John Quincy Adams, the two men successfully pursued an aggressive foreign policy, especially with regard to European intervention in the Americas.

In its early days, the Monroe administration wanted to improve relations with Britain. Toward that end, it negotiated two important accords with Britain that resolved border disputes held over from the War of 1812. The Rush-Bagot Treaty of 1817, named after acting Secretary of State Richard Rush and Charles Bagot, the British minister, demilitarized the Great Lakes, limiting each country to one 100-ton vessel armed with a single 18-pound cannon on Lake Chaplain and Lake Ontario. The Convention of 1818 fixed the present U.S.-Canadian border from Minnesota to the Rocky Mountains at the 49th parallel. The accords also established a joint U.S.-British occupation of Oregon for the next ten years.

For years, southern plantation owners and white farmers in Georgia, Alabama, and South Carolina had lost runaway slaves to the Florida swamps. Seminole and Creek Indians offered refuge to these slaves and led raids against white settlers in the border regions. The U.S. government could do little about the problem because the swamps lay deep within Spanish Florida. If the United States moved decisively against the Seminoles, it would risk war with Spain. Although the United States had tried to convince Spain to cede the territory on various occasions (including during Monroe's stint as special envoy to Spain in 1805), its efforts had failed.

With the end of the War of 1812, the U.S. government turned its attention to the raids. President Monroe sent General Andrew Jackson, the hero of the Battle of New Orleans, to the Florida border in 1818 to stop the incursions. Liberally interpreting his vague instructions, Jackson's troops invaded Florida, captured a Spanish fort at St. Marks, took control of Pensacola, and deposed the Spanish governor. He also executed two British citizens whom he accused of having incited the Seminoles to raid American settlements.

The invasion of Florida caused quite a stir in Washington, D.C. Although Jackson said he had acted within the bounds of his instructions, Secretary of War John C. Calhoun disagreed and urged Monroe to reprimand Jackson for acting without specific authority. In addition, foreign diplomats and some congressmen demanded that Jackson be repudiated and punished for his unauthorized invasion. Secretary of State John Quincy Adams came to Jackson's defense, stating that Jackson's measures were, in fact, authorized as part of his orders to end the Indian raids. Monroe ultimately agreed with Adams. To the administration, the entire affair illustrated the lack of control Spain had over the region. Secretary of State Adams thought that he could use the occasion to pressure Spain to sell all of Florida to the United States. Preoccupied with revolts throughout its Latin American empire, Spain understood that the United States could seize the territory at will. Adams convinced Spain to sell Florida to the United States and to drop its claims to the Louisiana Territory and Oregon. In return, the United States agreed to relinquish its claims on Texas and assume responsibility for $5 million that the Spanish government owed American citizens. The resulting treaty, known as the Adams-Onís Treaty of 1819—named after John Quincy Adams and Luis de Onís, the Spanish minister—was hailed as a great success.

Questions about the Florida raids resurfaced during Jackson's presidency. In 1830, a rift opened up between President Jackson and his vice president, John C. Calhoun. One of the issues involved Jackson's prior conduct in Florida and Calhoun's reaction as secretary of war. At the time of the invasion, Jackson claimed that he had received secret instructions from Monroe to occupy Florida. Weeks before his death, Monroe wrote a letter disclaiming any knowledge of the secret instructions that Jackson claimed he had received.

During much of his administration, Monroe was engaged in diplomacy with Spain regarding its Latin American colonies. These lands had begun to break free from Spain in the early 1800s, gaining the sympathy of the United States, which viewed these later revolutions as reminiscent of its own struggle against Britain. Although many in Congress were eager to recognize the independence of the Latin American colonies, the President feared that doing so might risk war with Spain and its allies. It was not until March 1822 that Monroe officially recognized the countries of Argentina, Peru, Colombia, Chile, and Mexico.

At the same time, rumors abounded that Spain's allies might help the once vast empire reclaim its lost colonies. To counter the planned move, Britain proposed a joint U.S.-British declaration against European intervention in the Western Hemisphere. Secretary of State Adams convinced Monroe that if the United States issued a joint statement, it would look like the United States was simply adopting Britain's policy without formulating one tailored to its own interests. The United States, he argued, should devise its own strategy to address European intervention in the Western Hemisphere.

On December 2, 1823, in his annual message to Congress, President Monroe addressed the subject in three parts. He first reiterated the traditional U.S. policy of neutrality with regard to European wars and conflicts. He then declared that the United States would not accept the recolonization of any country by its former European master, though he also avowed non-interference with existing European colonies in the Americas. Finally, he stated that European countries should no longer consider the Western Hemisphere open to new colonization, a jab aimed primarily at Russia, which was attempting to expand its colony on the northern Pacific Coast.

This statement, which in the 1850s came to be known as the Monroe Doctrine, sounded tough, but most countries knew that America had little ability to back it up with force. Nevertheless, because Britain had also favored Monroe's policy, the United States was able to "free ride" on the back of the Royal Navy. In addition, London had extracted a promise from Paris that France would not assist Spain in the recovery of its colonies.

The Monroe Doctrine constituted the first significant policy statement by the United States on the future of the Western Hemisphere. As befitting the leader of a nation founded on the principles of republican government, Monroe saw the United States as a model and protector to the new Latin American republics. His declared intention to resist further European encroachment in the Western Hemisphere was the foundation of U.S. policy in Latin America during the nineteenth and twentieth centuries and remains one of Monroe's lasting achievements. 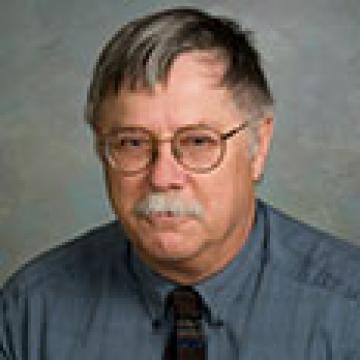