Harry S. Truman became President of the United States with the death of Franklin D. Roosevelt on April 12, 1945. During his nearly eight years in office, Truman confronted enormous challenges in both foreign and domestic affairs. Truman's policies abroad, and especially toward the Soviet Union in the emerging Cold War, would become staples of American foreign policy for generations. At home, Truman protected and reinforced the New Deal reforms of his predecessor, guided the American economy from a war-time to a peace-time footing, and advanced the cause of African-American civil rights. Historians now rank Truman among the nation's best Presidents.

Harry Truman was a child of Missouri. Born on May 8, 1884, in the town of Lamar, Truman grew up in Independence, only ten miles east of Kansas City. As a child he devoured history books and literature, played the piano enthusiastically, and dreamed of becoming a great soldier. His poor eyesight made a commission to West Point impossible, however, and his family's financial problems kept him from attending a four-year college.

Truman instead worked on the family farm between 1906 and 1914. Though he detested farming, it was during this difficult time that he fell in love with Virginia "Bess" Wallace, whom he had met as a child. Bess refused Harry's marriage proposal in 1911 but the romance continued. They wed in 1919 and five years later had their first and only child, Mary Margaret.

In 1914, after his father's death, Truman tried unsuccessfully to earn a living as an owner and operator of a small mining company and oil business, all the while remaining involved with the farm. In 1917, Truman's National Guard unit shipped out to France as part of the American Expeditionary Force fighting the world war. The soldiering life suited Truman, who turned his battery—which had a reputation for unruliness and ineffectiveness—into a top-notch unit.

A Career in Politics

Back home from the war, Truman opened a men's furnishings store (shirts, ties, underwear, sock, etc.—no suits, coats, or shoes) with an army buddy. The shop failed, however, after only a few years. In 1922, Thomas J. Pendergast, the Democratic boss of Kansas City, asked Truman to run for a judgeship on the county court of Jackson County's eastern district. Truman served one term, was defeated for a second, and then became presiding judge in 1926, a position he held until 1934. As presiding judge, Truman managed the county's finances during the early years of the Great Depression. Despite his association with the corrupt Pendergast, Truman established a reputation for personal integrity, honesty, and efficiency.

In 1934, Truman was elected to the U.S. Senate with help of the Pendergast political machine. Senator Truman supported the New Deal, although he proved only a marginally important legislator. He became a national figure during World War II when he chaired the "Truman Committee" investigating government defense spending. President Franklin D. Roosevelt chose Truman as his running mate in the 1944 presidential campaign largely because the Missourian passed muster with Southern Democrats and party officials. The Roosevelt-Truman ticket won a comfortable victory over its Republican opposition, though Truman would serve only eighty-two days as vice president. With the death of FDR on April 12, 1945, Harry S. Truman became the thirty-third President of the United States.

Truman took office as World War II in Europe drew to a close. The German leader Adolf Hitler committed suicide in Berlin only two weeks into Truman's presidency and the allies declared victory in Europe on May 7, 1945. The war in the Pacific, however, was far from being over; most experts believed it might last another year and require an American invasion of Japan. The U.S. and British governments, though, had secretly begun to develop the world's most deadly weapon—an atomic bomb. Upon its completion and successful testing in the summer of 1945, Truman approved its use against Japan. On August 6 and 9, 1945, the U.S. Army Air Force dropped atomic bombs on two cities, Hiroshima and Nagasaki, immediately killing upwards of 100,000 people (with perhaps twice that number dying from the aftereffects of radiation poisoning). Japanese emperor Hirohito agreed to surrender days later, bringing World War II to a close.

Truman faced unprecedented and defining challenges in international affairs during the first years of his presidency. American relations with the Soviet Union—nominal allies in the battle against Germany and Japan—began to deteriorate even before victory in World War II. Serious ideological differences—the United States supported democratic institutions and market principles, while Soviet leaders were totalitarian and ran a command economy—separated the two countries. But it was the diverging interests of the emerging superpowers in Europe and Asia which sharpened their differences.

In response to what it viewed as Soviet threats, the Truman administration constructed foreign policies to contain the Soviet Union's political power and counter its military strength. By 1949, Soviet and American policies had divided Europe into a Soviet-controlled bloc in the east and an American-supported grouping in the west. That same year, a communist government sympathetic to the Soviet Union came to power in China, the world's most populous nation. The Cold War between the United States and the Soviet Union, which would last for over forty years, had begun.

At home, President Truman presided over the difficult transition from a war-time to a peace-time economy. During World War II, the American government had intervened in the nation's economy to an unprecedented degree, controlling prices, wages, and production. Truman lobbied for a continuing government role in the immediate post-war economy and also for an expansive liberal agenda that built on the New Deal. Republicans and conservative Democrats attacked this strategy and the President mercilessly. An immediate postwar economy characterized by high inflation and consumer shortages further eroded Truman's support and contributed to the Democrats losing control of Congress in the 1946 midterm elections. Newly empowered Republicans and conservative Democrats stymied Truman's liberal proposals and began rolling back some New Deal gains, especially through the Taft-Hartley labor law moderately restricting union activity.

Truman's political fortunes reached their low point in 1946 and 1947, a nadir from which few observers believed the President could recover to win a second term. Freed from shouldering primary responsibility for the nation's economy (which began to stabilize) and the nearly impossible burden of uniting the disparate Democratic party behind a progressive agenda, Truman let the Republicans try to govern. When they faltered or pushed conservative programs, Truman counterattacked with skill, fire, and wit. The President also took steps to energize his liberal Democratic base, especially blacks, unions, and urban dwellers, issuing executive orders that pushed forward the cause of African-American civil rights and vetoing (unsuccessfully) the Taft-Hartley bill.

Truman won the presidential nomination of a severely divided Democratic party in the summer of 1948 and faced New York's Republican governor Thomas Dewey in the general election. Few expected him to win, but the President waged a vigorous campaign that excoriated Republicans in Congress as much as it attacked Dewey. Truman defeated Dewey in November 1948, capping one of the most stunning political comebacks in American history.

Truman viewed his reelection as a mandate for a liberal agenda, which he presented under the name "The Fair Deal." The President miscalculated, however, as the American public and conservatives in both parties on Capitol Hill rejected most of his program. He did win passage of some important liberal legislation that raised the minimum wage and expanded Social Security. Moreover, the American economy began a period of sustained growth in the early 1950s that lasted for nearly two decades. Increasingly, though, his administration was buffeted by charges of corruption and being "soft on communism." The latter critique was extremely damaging as anti-communism became one of the defining characteristics of early Cold War American political culture. Some of the most virulent (and irresponsible) anti-communists, like Wisconsin's Republican senator Joseph McCarthy, lambasted the administration and the State Department, in particular.

Significant foreign policy challenges persisted into Truman's second term. The President committed the United States to the defense of South Korea in the summer of 1950 after that nation, an American ally, was invaded by its communist neighbor, North Korea. The American military launched a counterattack that pushed the North Koreans back to the Chinese border, whereupon the Chinese entered the war in the fall of 1950. The conflict settled into a bloody and grisly stalemate that would not be resolved until Truman left office in 1953. The Korean War globalized the Cold War and spurred a massive American military build-up that began the nuclear arms race in earnest.

Truman's popularity sank during his second term, due largely to accusations of corruption, charges that the administration was "soft on communism," and the stalemated Korean War. Unsurprisingly, Truman chose not to run in 1952. The Democratic Party's candidate, Governor Adlai Stevenson, lost to war hero and Republican General Dwight D. Eisenhower in the fall election.

Truman's legacy has become clearer and more impressive in the years since he left office. Most scholars admit that the President faced enormous challenges domestically, internationally, and politically. While he occasionally failed to measure accurately the nation's political tenor and committed some significant policy blunders, Truman achieved notable successes. Domestically, he took important first steps in civil rights, protected many of the New Deal's gains, and presided over an economy that would enjoy nearly two decades of unprecedented growth. In foreign affairs, the President and his advisers established many of the basic foundations of America foreign policy, especially in American-Soviet relations, that would guide the nation in the decades ahead. On the whole, Truman is currently celebrated by the public, politicians, and scholars alike. 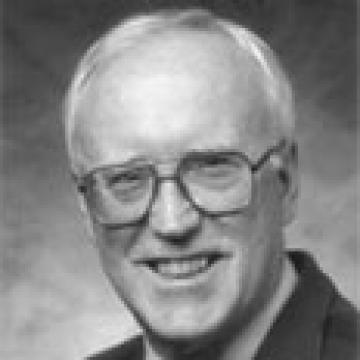