President Trump’s priorities for domestic policy are the repeal of the Affordable Care Act (also known as Obamacare); major investment in public infrastructure; and an overhaul of the tax code, cutting taxes for individuals, small businesses, and corporations. He also advocated a crackdown on immigration, including construction of a wall along the entire US-Mexico border and deportations of millions of undocumented workers. He wanted “extreme vetting” of Muslim immigrants and a possible registry of Muslims in the country. Trump provided few details for his proposed policies, including how to offset their costs without adding trillions to the already high federal debt, which he had also promised to slash. And several policies, including those affecting Muslims and undocumented workers, were widely criticized as unconstitutional, although they were among the most popular to his campaign supporters.

For a president who ran a remarkably populist, anti-Wall Street campaign, Trump built a cabinet heavy with billionaires, megamillionaires, and financiers. Among them were his treasury secretary, Steven Mnuchin; commerce secretary, Wilbur Ross; and education secretary, Betsy DeVos. Trump’s choice of DeVos, a longtime proponent of vouchers for private schools, signaled his support of that conservative goal and a shift from federal emphasis on K-12 public schools. Trump’s choice for attorney general, the cabinet official in charge of civil rights, was Senator Jeff Sessions of Alabama, an outspoken opponent of immigration who in 1986 had lost a federal judgeship due to Senate concern over his civil rights record.

In keeping with his own skepticism of climate change and support for expanded production of fossil fuels, Trump chose two oil state officials and fellow skeptics as cabinet nominees: former Governor Rick Perry of Texas as energy secretary and Attorney General Scott Pruitt of Oklahoma to head the Environmental Protection Agency. On March 28, 2017, President Trump signed an executive order that rolled back the Obama administration’s temporary ban on mining coal in an effort to increase production of fossil fuels in the United States. The order reversed much of Obama’s clean power strategy, rolling back US action to combat climate change. In response, the governors of California, Oregon, Washington, and New York vowed to push ahead with aggressive environmental policies in their states to fight climate change.

In his first week in office, President Trump signed an executive order aimed at blocking immigration. The order blocked visas for entry into the United States for citizens from seven countries (Iran, Iraq, Libya, Somalia, Sudan, Syria, and Yemen) for 90 days. It also temporarily suspended all refuges coming into the country for 120 days and indefinitely suspended refugees from Syria. The order created chaos at airports around the world as confusion made it unclear who could come into the country.

Legal challenges to the order quickly made their way through the courts. A federal district court judge in Seattle temporarily blocked the order, and a three-judge panel from the Ninth Circuit Court of Appeals unanimously upheld his decision. In early March, the president signed a revised executive order, but it was quickly challenged in court as well.

In his first hours in office, Trump signed a vague order intended as a first step to “repeal and replace” the Affordable Care Act (ACA), and his selection for secretary of the Department of Health and Human Services, Tom Price, a former congressman from Georgia, had long worked to kill “Obamacare.” But neither Trump nor Republicans in control of Congress had an alternative plan that would provide health insurance to the roughly 20 million Americans who had gained coverage either through policy marketplaces created under the law or expanded Medicaid coverage. Trump nonetheless promised coverage for all Americans, a commitment far more expansive than what congressional Republicans called for, which was “access” to coverage.

Congressional Republicans unveiled their proposed replacement for the ACA, known as the American Health Care Act (AHCA), in February 2017. The plan saved some of the most popular parts of the ACA, such as allowing dependents to stay on their parents’ health insurance until age 26 and providing coverage of preexisting conditions. However, the AHCA involved tax credits based on age, continuing enrollment through Medicaid only until 2020, a 30 percent increase in premiums if individuals had a gap in coverage, and a repeal of taxes on investment income and individuals who made more than $200,000.

The proposed plan quickly ran into problems. The nonpartisan Congressional Budget Office predicted that 24 million Americans would lose health insurance under the AHCA by 2026. Conservative Republicans, such as members of the Freedom Caucus, would not support the bill because it was too similar to the ACA and maintained the federal government’s role in providing health care. Democrats decried the bill as targeting poor and older Americans and causing millions to lose insurance. On March 24, 2017, the House Republican leadership pulled the bill when it became clear that they did not have the votes to pass it.

While Trump earlier in his life had been supportive of abortion rights and of Planned Parenthood, he indicated he would support Republicans’ push to “defund” the organization, barring it from receiving Medicaid reimbursements for treating patients even though the payments do not cover abortions—that already is prohibited by federal law—but instead cover gynecological exams, contraceptives, cancer diagnoses and prevention, or treatment of sexually transmitted diseases. On another issue, he split with some social conservatives, saying same-sex marriage is settled law. 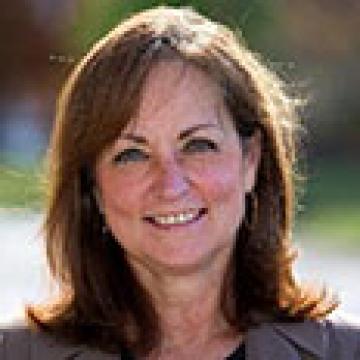