On the campaign trail and in his Inaugural Address, Donald Trump declared his commitment to what he called an “America First” approach to foreign policy. The slogan itself had been especially prominent in the 1930s, when right-wing political activists sympathetic to Nazi Germany and fascism rallied against American intervention in World War II. More generally, Trump’s foreign policy reflected an isolationist strand that had largely been marginalized in national affairs since World War II. Although mainstream politics and the foreign policy establishment had remained committed to the exercise of US global leadership for decades, Trump capitalized on a sense of discontent that had been building since the end of the Cold War in the 1990s and was galvanized by the so-called “forever wars” in Iraq and Afghanistan that followed the terrorist attacks of September 11, 2001. In addition to capturing a growing weariness of foreign military involvement, Trump also linked foreign policy to his populist campaign rhetoric about the “forgotten men and women” whom the global economy had left behind.

Both Trump’s rhetoric and his policy positions contained contradictions, as Trump simultaneously called for isolationism and a more robust military. Despite his promise to reduce American military deployments around the world, he also called for more robust military activity. In April 2017, he authorized cruise missile strikes against a Syrian military airfield and warned that the United States might continue to intercede in Syria’s civil war against the regime of President Bashar al-Assad, despite his administration’s prior statement acknowledging that al-Assad would most likely prevail in the war. In December 2018, in opposition to his military advisors, he announced the withdrawal of the 2,000 US troops still deployed in Syria (since 2015). That surprise decision prompted the resignation of Secretary of Defense Jim Mattis.

Trump also significantly drew down the US troop presence in Afghanistan, which the US military had maintained since invading the country in 2001. In February 2020, Trump officials signed a deal with the Taliban, which had been engaged in an insurrection against the US-backed government, leading to the full withdrawal of all US troops the next year. The Taliban retook control of Afghanistan in September 2021.

A cornerstone of Trump’s America First policy agenda was the abrogation of bilateral and multilateral agreements and treaties in favor of unilateral arrangements, conducted country to country. Trump was openly hostile to the European Union, which he regarded as a competitor. He frequently threatened to withdraw the United States from the North Atlantic Treaty Organization (NATO), an organization formed after World War II to create a mutual defense alliance against the Soviet Union (and, after 1991, Russia), arguing that providing military defense for Western Europe was too expensive. In June 2017, Trump announced that the United States would withdraw from the Paris Agreement to combat climate change; Joe Biden reversed that decision early in his presidency. In the midst of the Covid-19 pandemic, Trump announced that the United States would withdraw from the World Health Organization, which he accused of absolving China from responsibility for the pandemic. As with the Paris Accords, the Biden administration immediately rejoined the World Health Organization in January 2021.

In May 2018, the Trump administration announced that the United States would withdraw from the Joint Comprehensive Plan of Action, or the Iran nuclear deal, a 2015 agreement among the United States, Iran, five other countries, and the European Union. The deal allowed Iran to pursue nuclear technology for non-military purposes, under strict foreign supervision, in exchange for relaxed economic sanctions. Trump, along with many Republicans, had long disapproved of the agreement, which many conservatives believed made excessive and unwise concessions to Iran and risked the security of Israel in the event Iran broke the agreement and developed nuclear weapons. In November 2018, the United States reimposed all economic sanctions that had previously been in effect on Iran. Upon taking office, Joe Biden indicated his desire to rejoin the deal.

Trump also applied his unilateral approach to foreign affairs through his actions related to the Israel/Palestine conflict. In December 2017, in a move hailed by the conservative government of Israel but opposed by most world leaders, Trump announced that the United States would recognize Jerusalem as that Israel’s capital city. In May 2018, the United States officially opened a new embassy in Jerusalem. While the decision regarding Jerusalem was interpreted as inflammatory and hostile to the Palestinian cause, Trump also pursued a peace plan with the intent of solving the decades-old conflict. In August and September 2020, Trump’s son-in-law Jared Kushner brokered deals—known collectively as the Abraham Accords—whereby the governments of the United Arab Emirates and Bahrain would normalize diplomatic relations with Israel.

President Trump’s approach to trade likewise departed from recent practice. Within days of becoming president, Trump withdrew the United States from the proposed Trans-Pacific Partnership, designed to reduce barriers to trade between countries along the Pacific rim. Making good on his campaign promise to renegotiate the North American Free Trade Agreement of 1994, which liberalized the movement of goods between Mexico, Canada, and the United States, Trump reached an agreement in 2018 to replace the treaty with the United States-Mexico-Canada Agreement (USMCA). Although the new agreement largely retained the framework of the original treaty, it updated a number of specific terms to take account the advances of digital technology and online sales. It also created new incentives for automobile production in the United States.

Trump also fulfilled his campaign promise to address trade competition with China, whom he accused of unfair competition and theft of intellectual property that resulted in the decline of American industrial manufacturing. Beginning in January 2018, Trump imposed new tariffs, or import taxes, on a range of products from China, including especially steel and aluminum, driving up the cost of those imports for American consumers in the hope of boosting sales of American-made products. In response, China imposed tariffs on products it imported from the United States, hurting the sales of American exporters. The trade war escalated through 2019 before the Trump administration and the government of China reached an agreement that eased tensions. Trump received praise from some politicians for sticking up for American manufacturers, but criticism from others, from within his own party as well as from Democrats, for hurting global trade and driving up costs for American consumers.

Critics of President Trump observed that, in pursuit of his America First policies, he frequently praised foreign autocrats and dictators while seeming to disparage traditional allies and democratically elected foreign leaders as weak and ineffective. Trump’s complicated relationship with Kim Jong-un, the supreme leader of the globally isolated country of North Korea, typified this tension. During the first year of his presidency, Trump took a bellicose posture toward North Korea’s test of long-range missiles that had the potential to reach targets in the United States. Ratcheting up international tensions, Trump promised to deliver “fire and fury” in response to any nuclear aggression from North Korea.

In 2018, however, Trump changed his approach. Believing in the power of personal relationships and his own deal-making prowess, Trump endeavored to resolve a decades-long standoff between the United States and North Korea through personal engagement with Kim. The two leaders met in Singapore in June 2018, the first time leaders of the two countries had ever met. The two met twice more, and in 2019 Trump became the first sitting US president to enter North Korea when, accompanied by Kim, he crossed the De-Militarized Zone (DMZ) between North and South Korea. Despite this personal diplomacy, however, Kim refused to surrender his nuclear program due to his belief that North Korea’s security from annexation by South Korea depended on possessing nuclear weapons.

The Trump administration took a very different approach to its relationship with Russia than any administration since the Cold War began after World War II. Since its brief experiment with democratic governance in the 1990s, following the breakup of the Soviet Union, Russia’s relationship with Western Europe and North American nations had grown increasingly fraught. President Vladimir Putin, a former KGB intelligence officer who first took power in Russia late in 1999, had steadily solidified his grip on political power in the ensuing decades. His annexation of Crimea and support for separatists in Ukraine, his repression of dissent in Russia (including allegations that he ordered assassinations of journalists and other opponents), and his support for Syrian president Bashar al-Assad had isolated Russia from the world community.

Trump, however, praised Putin as a strong leader during the presidential campaign. Revelations that Russian intelligence agents had orchestrated a hack of the Democratic National Committee and engaged in other propaganda efforts to help Trump in the 2016 election raised suspicions about Trump’s relationship with the Russian leader. Trump’s insistence on keeping private the details of his personal conversations with Putin only furthered suspicion.

Special counsel Robert Mueller indicted six members of Trump’s campaign and staff for various offenses related to Russia’s interference with the 2016 election. Mueller also indicted twelve Russians on charges of conspiracy to interfere in the election by hacking servers and emails. At a meeting with Putin in 2018, Trump announced that he accepted Putin’s denial of any involvement in the US election. After Mueller’s final report identified clear links between the Russian government and the Trump campaign, Trump ordered the intelligence community to investigate the investigation itself, giving his attorney general, William Barr, authority to declassify relevant information. Barr appointed federal prosecutor John Durham as special counsel to investigate; Durham continued in that office after Trump left office and, as of 2022, he had not brought evidence of wrongdoing. 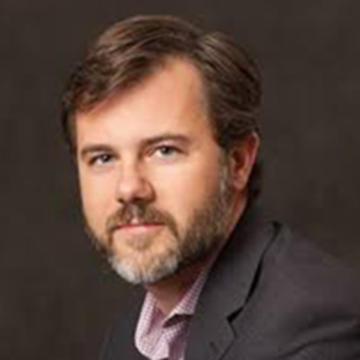