It is not possible to explain the history of the United States and much of world affairs in the twentieth century without understanding the administration and political legacy of Woodrow Wilson, America’s 28th president. Through his leadership, he expanded the role of the federal government in managing the economy and won support for America’s entrance into the first World War. He also emphasized the United States’ responsibility in shaping a new international order. Wilson is one of America’s most important political figures, and most historians rank him among the five most important American presidents, along with George Washington, Abraham Lincoln, and Theodore and Franklin Roosevelt.

Yet, Wilson’s largely progressive legacy is not without irony. Under his leadership, his administration expanded the segregation of federal offices and the civil service. He likewise ignored the pleas of white and black opponents to his policy, even as violent reprisals against African Americans seeking full equality reached new heights. Wilson’s push for democratic ideals at home and abroad was thus at once breathtaking in its appeal and limited in its application.

Although Wilson was born in Virginia in 1856 and raised in Georgia and South Carolina, his Southern heritage differed from his parents’ upbringings. Wilson's father was a Presbyterian minister from Ohio. His mother, Janet Woodrow Wilson, known as Jessie, was born in England, making Wilson the only president between Andrew Jackson and Barack Obama to have a foreign-born parent. Wilson’s parents moved from Ohio to the South prior to his birth.

Wilson's early memories included seeing Union soldiers marching into Augusta, Georgia, at the end of the Civil War. Because of the war's disruption, much of Wilson's early education came from his father at home. In 1875, Wilson entered the College of New Jersey (now known as Princeton), graduating in 1879. After a brief period at the law school of the University of Virginia, he studied on his own and passed the Georgia bar examination. Largely disinterested as a lawyer in Atlanta, he enrolled at Johns Hopkins University, where he earned a PhD in history and political science in 1886.

After a successful academic career as an author and professor at Bryn Mawr, Wesleyan, and Princeton, Wilson was elected president of Princeton in 1902. In that office, his efforts to modernize the college brought him attention as a progressive reformer, and in 1910, New Jersey Democrats approached him about running for governor. Wilson accepted, but on the condition that their support came with “no strings attached.” As a somewhat late arriver to progressivism, Wilson had to convince New Jerseyans, including its Republican and progressive-leaning press, of his sincerity for the cause.  He did so convincingly, winning the election by eleven points over his Republican rival.

From this point, Wilson's rise to national power was astonishingly rapid. As governor of New Jersey, he immediately began to fight machine politics and party bosses, securing campaign finance reform, a primary law permitting voters rather than party bosses to nominate candidates, and a program to compensate workers injured on the job. As governor, he also introduced the practice of visiting the state’s legislators in person to lobby for passage of legislation, a rejection of the separation of powers view of governance he would carry with him to Washington.

In 1912, Wilson used his reputation as a progressive with strong Southern roots to run for the presidency as a Democrat. After narrowly winning the Democratic nomination, he faced a divided Republican Party. William Howard Taft, the incumbent president, carried the official Republican nomination, but Theodore Roosevelt, believing that Taft had betrayed the cause of reform, walked out of the Republican convention and formed the short-lived Progressive, or “;Bull Moose,”; Party. Taft and Roosevelt split the Republican vote, and Wilson won the election with a little less than 42 percent of the vote. Nevertheless, the election of 1912 was an electoral landslide for Wilson—and the last time an American presidential contest featured a runner-up other than a member of the Democratic or Republican Party.

Wilson's New Freedom platform was ambitious and thoroughly progressive. It called for tariff reduction, reform of the banking and monetary system, and new laws to weaken abusive corporations and restore economic competition. With a Presbyterian's confidence that God was guiding his course, Wilson pursued his New Freedom agenda with the zeal, making use of his skill as an orator to galvanize the nation in support of his policies. Perhaps his greatest achievement was the passage of the Federal Reserve Act of 1913, which created the system that still provides the framework for regulating the nation's banks, credit, and money supply today. Other Wilson-backed legislation put new controls on big business and supported unions to ensure fair treatment of working Americans.

In 1914, World War I began in Europe, and with the United States trying to remain neutral, foreign policy played an important role in the 1916 presidential election. In addition to a bold program of reforms that attracted the support of farmers and laborers, Wilson's campaign slogan, “He Kept Us Out of War,” helped him win reelection by a narrow margin.

In foreign affairs, Wilson sought to revise the imperialist practices of earlier administrations, promising independence to the Philippines and making Puerto Ricans American citizens. But Wilson's “moral diplomacy” was often high-handed. His administration intervened militarily more often in Latin America than any of his predecessors. In the European war, American neutrality ended when the Germans refused to suspend submarine warfare after 120 Americans were killed aboard the British liner Lusitania and a secret German offer of a military alliance with Mexico against the United States was uncovered. In 1917, Congress voted overwhelmingly to declare war on Germany.

With the nation at war, Wilson set aside his domestic agenda to concentrate on a full-scale mobilization of the economy and industry. During the war, industrial production increased by 20 percent, daylight saving time was instituted to save fuel, the government took over the railroad system, and massive airplane and shipbuilding programs were launched. Americans began paying a new income tax and buying Liberty Bonds to pay for the war.

Although most of the power the federal government acquired over the economy during the war was based on voluntary cooperation by businesses and individuals, conformity and aggressive patriotism became the order of the day. Private patriotic organizations persecuted dissenters and anyone suspected of political radicalism. Likewise, the administration sponsored Espionage and Sedition Acts that outlawed criticism of the government, the armed forces, and the war effort. The government imprisoned or fined violators of the law and even censored or banned mainstream publications. These policies prefigured the emergence of America’s national security state that arose during the Second World War.

On January 8, 1918, President Wilson made a major speech to Congress in which he laid out “Fourteen Points” that he believed would, if made the basis of a postwar peace, prevent future wars. His ideas included abolishing trade restrictions and secret alliances, curtailing armaments, setting the colonies and the national states that made up the Austro-Hungarian and Ottoman empires on the road to independence (he would not use the expression “self-determination” in this address, but later), evacuating the German-occupied portions of France and Belgium, welcoming the revolutionary government of Russia into the community of nations, and creating a League of Nations to maintain the peace. Believing that this revolutionary program required his personal support, Wilson decided that he would lead the American peace delegation to Paris, becoming the first president ever to go to Europe while in office. Despite Wilson's best efforts, however, the Treaty of Versailles, signed in June 1919, departed significantly from the Fourteen Points, leaving both the Germans and many Americans bitterly disillusioned.

Following his return to the United States in July 1919, Wilson presented the treaty to the Senate and spent much of the summer trying to build bipartisan support among senators for its approval, arguing that although imperfect, it was better than the sort of punitive treaty the British and French would have imposed on Germany. In September, having little success in winning Senate votes, Wilson began an arduous speaking tour to build public interest in the treaty and to promote US participation in the new League of Nations.

Near the end of the tour, Wilson collapsed from exhaustion, and a few days later, after returning to the White House, he suffered a massive stroke. For the last seventeen months of his term, he was essentially incapacitated, prompting an unprecedented constitutional crisis over presidential disability.  Wilson became an isolated figure, seeing almost no one except his doctors and his second wife, Edith Bolling Galt Wilson, who became a kind of surrogate president through whom he conducted public business.

Refusing to compromise with the Senate on amendments to the treaty, Wilson eventually told his supporters to vote against it. The Senate voted twice on the treaty—in November 1919 and March 1920—defeating it both times. Thus, the United States never joined the international organization that Wilson had viewed as the keystone of his new world order.

Though he left office broken and defeated, Wilson believed firmly that the American people would eventually embrace his vision of America leading a world community of nations. Twenty-five years later, the United Nations built its headquarters in New York, a tangible symbol of the bipartisan support that Wilsonian ideals had gained after a second world war. But Wilson's legacy was not confined to foreign policy. His progressive domestic programs helped stabilize and humanize a huge industrial system, and his success in making the presidency the intellectual and political center of the American government enabled the United States to deal effectively with the challenges and threats of the modern world. 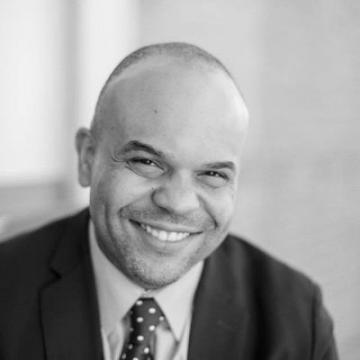