Social fissures have thwarted a liberal coalition for 50 years

Social fissures have thwarted a liberal coalition for 50 years

RFK captured liberals’ imagination, but even he might not have been able to overcome America’s racial divide

On June 8, 1968, a 21-car train carried the body of slain presidential candidate and New York Sen. Robert F. Kennedy from New York’s Penn Station to Washington’s Union Station. The trip lasted eight hours—twice as long as expected—because more than 1 million people gathered along the tracks and milled in stations to honor their slain hero. In rural areas, boys sat in trees and hung from signs. At Philadelphia’s 30th Street Station, onlookers linked arms and sang the “Glory, Glory, Hallelujah” chorus of the Civil War anthem “Battle Hymn of the Republic,” one of Kennedy’s favorite songs. At some stops, African American women fell to their knees.

The interracial nature of this outpouring of grief reminds us how his death shook so many Americans and left his supporters without a leader advocating for common ground between young and old, Black and White, hawk and dove. As the journalist Jack Newfield recalled, Kennedy’s death created a void on the American Left, paving the way for subsequent political polarization: “No one came after him who could speak simultaneously for the unemployed black teenager and the white worker trapped in a dead-end job and feeling misunderstood. Robert Kennedy had the right equilibrium between race and class within liberalism.”

Powerful social forces would make it difficult for any presidential candidate to forge a viable liberal coalition for decades to come.

But this hagiography underestimates the challenges confronting liberalism by 1968. The fractures developing in American society in the 1960s ripped apart the diverse coalition that had sustained the Democratic Party since Franklin Roosevelt’s New Deal. Powerful social forces would make it difficult for any presidential candidate to forge a viable liberal coalition for decades to come.

For starters, it wasn’t even clear that Kennedy could have secured the Democratic presidential nomination. Only 15 states held primaries that chose about 40 percent of the party’s convention delegates. Party bosses and insiders, most of them beholden to President Lyndon B. Johnson, Kennedy’s arch-nemesis, chose the other 60 percent. 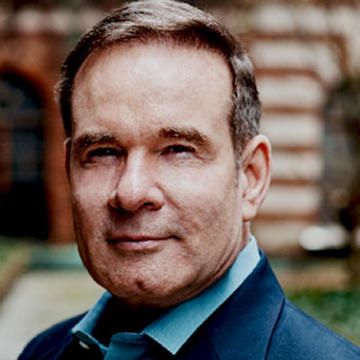