From the director: A more perfect union

From the director: A more perfect union

For all the memoirs, essays, and books by former presidents, the Miller Center community was treated to an historic event last week: a president assessing the office of the presidency, in person.

The setting was our Presidential Ideas Festival, which helped complete the University of Virginia’s Bicentennial Celebration. “PrezFest” was an extraordinary three-day gathering that brought together former cabinet secretaries from both parties, as well as leading thinkers and doers from our democracy. Among the many highlights:

Those are just selected highlights. There was so much more.

The event was planned by the Miller Center, working with partners from across the University and the Charlottesville region. UVA’s own president Jim Ryan used the occasion to announce the creation of a new Institute of Democracy, which will be collaboratively designed and built by many of these same partner schools, centers, and other organizations.

But the main event was an historic speech on the presidency by President Bill Clinton. He not only spoke about what he sees as its essential elements, but he also assessed how other presidents have used the office to define the nation and advance national purpose.

Speaking at Mr. Jefferson’s university, President Clinton made obligatory references to Jefferson—including the fact that our third president did not want to be remembered for being president. Instead, Jefferson wanted his legacy to be his big, revolutionary ideas: the Declaration of Independence, the Virginia Statute for Religious Freedom, and being father of the University of Virginia. Clinton also spoke of how Jefferson’s Notes on the State of Virginia (of which Clinton has two first-edition copies) states that with respect to slavery, the author trembled to think that God was just. “But he didn’t tremble enough to go sign the paper freeing all his slaves,” Clinton said.

Clinton’s launching point was not simply the Declaration of Independence. The center of gravity for his speech was the Constitution. In particular, he gave us a tour of how presidents across history have sought to define We the People and how they have looked to create A More Perfect Union. He reminded the American people that when they choose a president, they have had to regularly decide if they are, or are not, going to employ a more expansive definition of themselves and of the role of government in protecting and advancing their freedoms.

“For all the hundreds of thousands of pages that have been written about the presidency and specific presidents, there’s still quite a lot of mystery about it,” Clinton said. To try to demystify the office and the job, he said, each president must take the formal Article II powers of the office and use them to define and perfect the nation.

He then gave a walking tour of American history, touching on nearly 20 presidents, telling the story of how they have surged forward in expanding the definition of We the People, while the forces of opposition have often clawed back some of those gains.

This was not a rosy picture, nor a sanctimonious one. Clinton spoke about how all of our great presidents had flaws, blind spots, retreats. Many who sought progress had to fend off populism. “How much do you have to do to keep the power of reaction at bay while you're trying to make politics?” he asked.

He gave credit to several presidents across the aisle for undervalued advances in the extension and deepening of liberty. Nixon signed an executive order to create the Environmental Protection Agency. Reagan passed immigration reform. Bush 41 ended the cold war and passed the Americans with Disabilities Act. Bush 43 pushed for immigration reform as well.

Clinton’s comments on his own presidency were limited. “I thought my job was to widen the circle of opportunity, to deepen the meaning of freedom, and to strengthen the bonds of our community,” he said.

And he also spoke about what he tried to do and how he tried to do it. “I believe cooperation works better than conflict,” he said. “I believe diverse groups make better decisions than homogeneous ones and lone geniuses. I believe over the long run, in an interdependent world...we need all hands on deck.”

Throughout, Clinton was optimistic. Our best presidents speak for our common humanity, beyond party, and have sought to expand and deepen the meaning of We the People.

In the scope of American history, our ever-growing definition of We the People and A More Perfect Union requires humility and confidence. He argued that it demands confidence to follow through on Benjamin Franklin’s advice that our critics are our friends, for they show us our faults. It takes humility to know we’re not always right. That humility can be put in an even broader perspective—our tiny place in a vast universe and the scope of eternity.

Humility should not turn us away from the challenge at hand. Instead, it should steer us forward in our efforts, keeping us cognizant of how fleeting our moment is.

From all of us at the Miller Center, I want to thank President Clinton, the many speakers and panelists, our partners and sponsors, and the nearly 2,000 attendees at PrezFest.

*Note: An earlier version of this article stated that President Nixon signed a law to create the Environmental Protection Agency. It was an executive order. 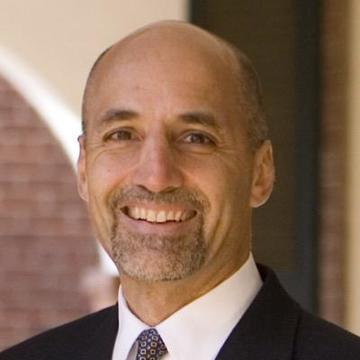 It is hard to find a moment in American history when a president and his party are on the verge of total collapse so early in an administration.

Trump’s supporters think he cannot get a fair shake; they relish his candor. Critics believe our president to be a political miscreant who has broken the law.

One lesson of the Clinton presidency for President Trump: It is not too late to reengage with the global economy.

There is precedent for presidential surveillance.

As they shift from executive orders to legislation, the Trump administration will now find it is even harder to work with Congress to pass a law.