George Herbert Walker Bush belongs to a political dynasty; he sits in the middle of three generations of politicians, including his father Prescott, a senator from Connecticut; his son Jeb, former governor of Florida; and his son, George Walker, the 43rd President of the United States. In fact, George H. W. and George W. are only the second set of father and son to become President. (John Adams and John Quincy Adams were the first.)

Bush was born and raised in New England in a wealthy family. His parents valued hard work and public service and were strong influences in his life. He was educated at Phillips Academy Andover before joining the U.S. Navy and becoming a pilot, the youngest in the Navy, during World War II. After he left the Navy, he attended Yale University and received a degree in economics.

Bush decided to head out on his own after college and moved his young family to Texas, where he began to work in the oil business. He eventually relocated to Houston, Texas, and became involved in Republican Party politics, first serving as party chairman in Harris County, Texas, and then serving two terms in the U.S. House of Representatives from Houston's Seventh District.

After losing an election for a U.S. Senate seat in 1970, Bush was appointed the U.S. ambassador to the United Nations by President Richard Nixon. He went on to hold a number of positions within the presidential administrations of Nixon and Gerald Ford, including chairman of the Republican National Committee, U.S. envoy to China, and director of Central Intelligence. Bush thrived in the DCI position, and he made it clear to the incoming President, Jimmy Carter, that he would like to remain as director. Carter chose to replace him with his own nominee, so Bush reluctantly returned to Houston.

In the 1980 Republican presidential primaries, Bush ran as a moderate candidate with years of experience. However, he was quickly overwhelmed by Ronald Reagan, the former governor of California. Reagan asked Bush to be his vice president to help attract moderates and bring foreign policy experience to the ticket. The Reagan-Bush ticket won handily in both 1980 and 1984. As vice president, Bush continued to expand his foreign policy experience and traveled widely. He also became good friends with President Reagan, although he never became a close political confidant. Bush was somewhat awestruck by Reagan's political skills, and according to some observers, was mystified by the latter's hold on the public imagination.

In the 1988 presidential election, Bush's candidacy offered a continuation of the Reagan years. He wanted to soften some of Reagan's programs and promised "a kinder and gentler nation" but he did not advocate radical change or propose sweeping new legislation. Bush was the first President since Martin Van Buren to move directly from the vice presidency to the presidency through his own election, although oddly the transition was a strained one. A number of people from the Reagan administration later commented on the poor treatment they felt they had received from the incoming Bush team. Bush was sworn in as President on January 20, 1989, and with a strong team of foreign policy advisers, he helped the United States navigate the end of the Cold War and a new era in U.S.-Soviet relations. He also led an international coalition of countries which successfully forced Iraq to withdraw from Kuwait in the Persian Gulf War. Despite these successes, Bush lost reelection in 1992 when the American people, concerned about the economy, voted for change. 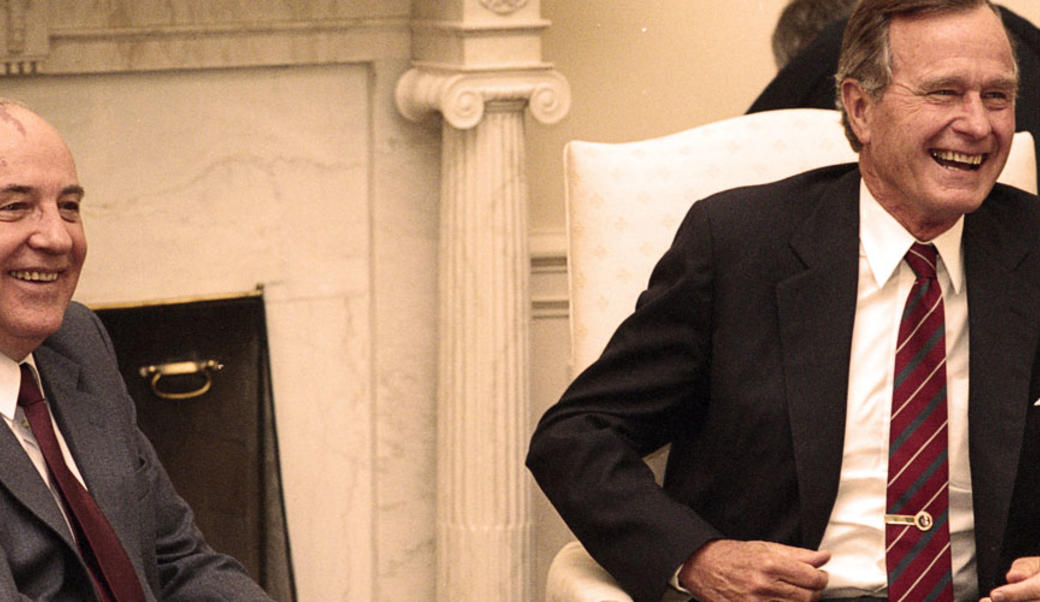 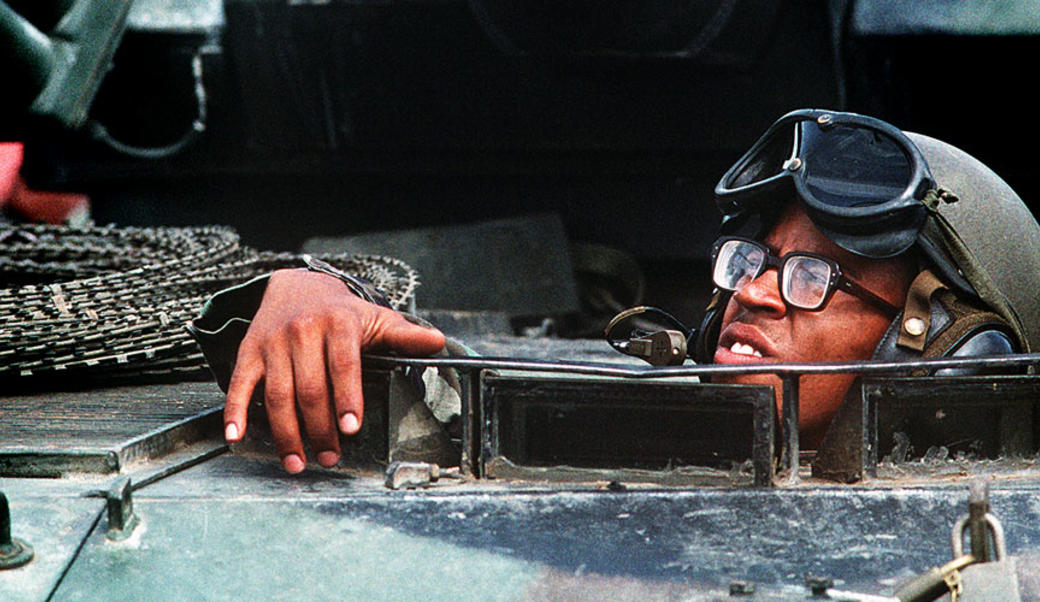 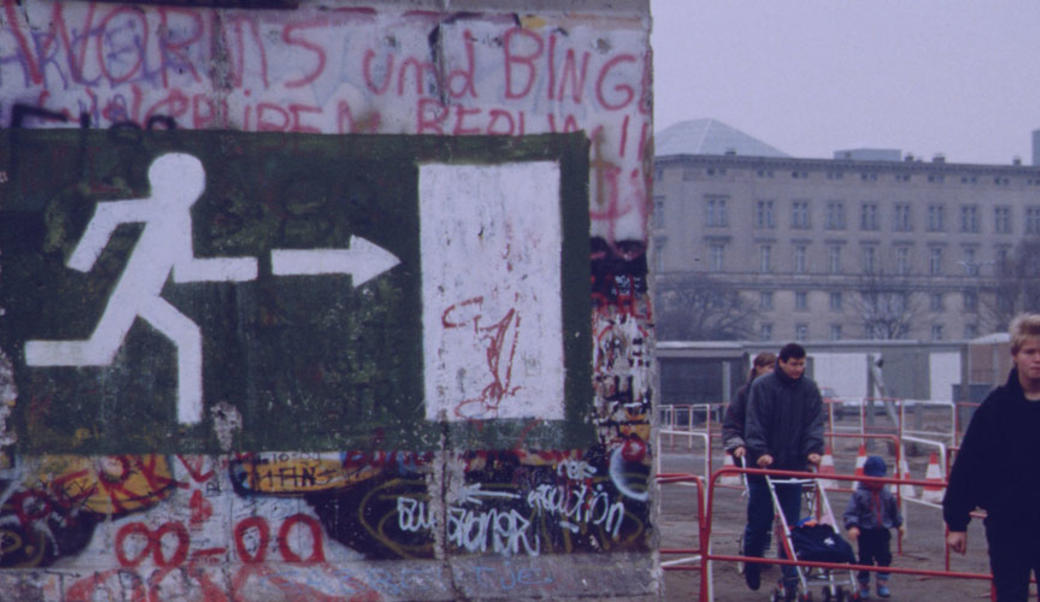 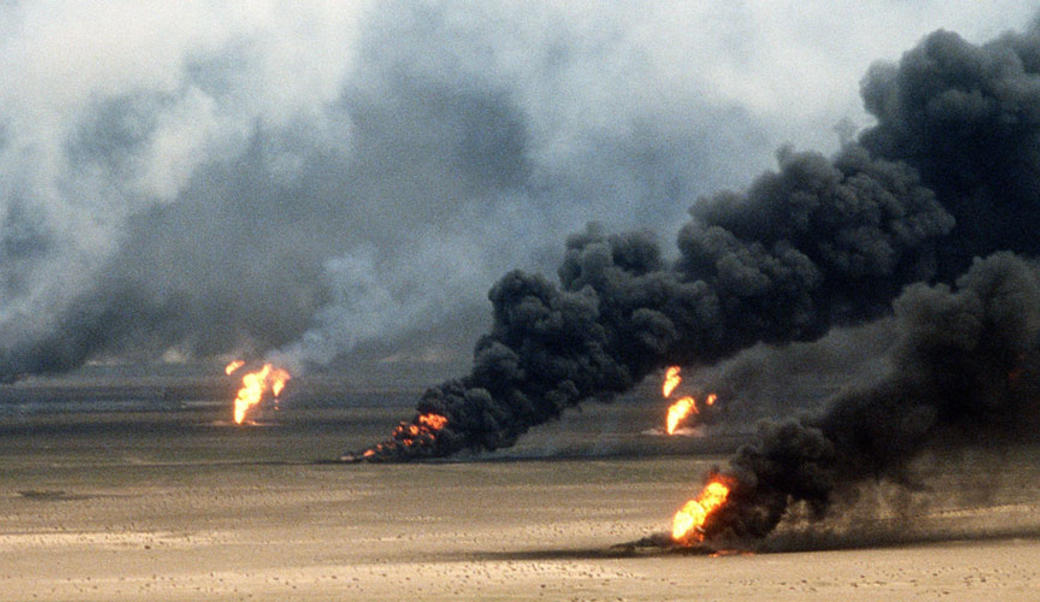